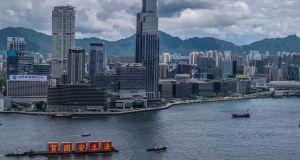 US hedge fund Elliott Management is closing its Hong Kong office, becoming one of the first large financial institutions to shutter operations in the territory since it entered a period of civil unrest and political tension in 2019.

The activist fund, which was founded in 1977 by billionaire Paul Singer and has launched dozens of campaigns globally, has had a presence in Hong Kong for 15 years. It will move staff based in Hong Kong to its offices in London and Tokyo, which will become its only base in Asia.

Elliott’s largest campaigns in Asia include a $2.5 billion (€2.06bn) investment in Japanese technology conglomerate SoftBank, and an ongoing six-year battle with Bank of East Asia, which is controlled by the Hong Kong Li family. These will now be overseen by teams in London and Tokyo, according to a person close to the fund.

Its departure comes six months after China imposed national security laws on Hong Kong, increasing its power over the territory in a move that has since been condemned by Europe and the US.

Other funds contacted by the Financial Times have described plans to shift individual staff or parts of their operations to other cities in Asia, citing concerns that the business environment in Hong Kong is becoming increasingly unpredictable.

However, a person close to Elliott said the decision to wind down operations in Hong Kong was first taken in early 2018, and was not driven by more recent political or legal changes in the region. The fund has reduced headcount in the territory from around 40 to fewer than 20 people in the past three years, the person said.

The new Chinese regime in Hong Kong, which targets subversion of state power or “interference” by foreign countries, has raised concerns about Hong Kong’s future as a global financial centre. This includes fears the clampdown could lead to a flight of capital and talent to rival Asian business hubs in Singapore and Tokyo.

Elliott’s decision to move staff from Hong Kong to Tokyo coincides with an ongoing boom in shareholder activism in Japan, and the high-profile successes of several prominent campaigns. In recent months activists have felt emboldened and attempted new tactics: Toshiba was last week forced to take steps to hold an unprecedented double extraordinary general meeting of shareholders later this year after demands from two separate investors.

Then in a historic $1.2 billion deal sealed on Monday, real estate giant Mitsui Fudosan completed a tender offer for Tokyo Dome, operator of one of the most famous sporting landmarks in Japan. The deal emerged from a campaign run by Hong Kong-based activist Oasis, which had demanded a wholesale shake-out of Tokyo Dome’s management.

Elliott’s activism in Japan has, meanwhile, been comparatively low key, but it has involved prominent targets that include conglomerate Hitachi and real estate developer Unizo.

A year ago Elliott built a significant position in SoftBank, which it used to put pressure on the company’s founder, Masayoshi Son, to buy back shares and seek other strategies to raise the company’s valuation.