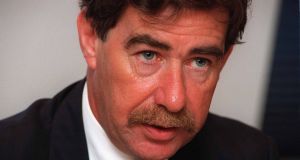 Craig McKinney, who has died after a long illness. Photograph: Peter Thursfield

Craig McKinney, the Scottish-born businessman who founded the Woodchester Investments finance group in Ireland, has died at the age of 71. He passed away on May 28th after a long illness.

Mr McKinney first came to Ireland in his early 20s to work for finance company, Hamilton Leasing, which was owned by British private equity company 3i. He left to set up Woodchester as a rival operation in 1977.

The company specialised in finance deals for cars and office equipment, and expanded rapidly by acquiring a number of other financial institutions, including Trinity Bank.

It was eventually taken over by multinational group GE in 1997, resulting in a large payout for Mr McKinney and his partners. He remained on the board until 2000. The following year, he stepped down as chairman of the UK car group, Lookers. He was also a chairman of the Medieval Trust behind the Dublinia visitor attraction.

Billy Kane, managing director of Finance Ireland who worked closely with Mr McKinney earlier in his career, said he was a “larger than life character who had a profound positive impact on financial services in Ireland”.

“He was an inspirational leader and he spotted and gave starts to some of the leading figures in Irish business . . . He loved fast cars, polo ponies and hunting, and he lived a full and wonderful life,” said Mr Kane.

“He was the first financier to disrupt the banking industry in acquiring the subsidiaries of larger British banks in Ireland and blending them into one,” he said.