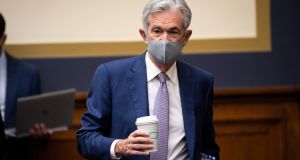 The Federal Reserve has extended for the rest of the year its unprecedented constraints on dividend payments and share buybacks for the biggest US banks.

The limits are being continued because of ongoing “economic uncertainty from the coronavirus response” and the need for the banking industry to preserve capital, the Fed said in a statement late on Wednesday. The news is likely to disappoint lenders such as JPMorgan Chase, which had already indicated interest in resuming buybacks.

The caps announced in June have restricted banks from increasing dividends above second-quarter levels, and buybacks were banned. Those restrictions were less than the total elimination of dividends demanded by some Democratic lawmakers.

Fed governor Lael Brainard dissented in the 4-1 vote to extend the existing limits, having previously argued that allowing capital distributions “creates a significant risk that banks will need to raise capital or curtail credit at a challenging time”. – Bloomberg

1 Ryanair and Eir the worst for customer service during Covid crisis
2 Fair deal? Family at odds with hospital and each other not so sure
3 What to consider if older person or loved one needs care at home
4 ‘Essential’ retailers risk a firestorm if they exploit the closure of the ‘non-essential’
5 Glenveagh attracts growing hedge-fund interest
6 Tinnitus group Neuromod raises €10.5m for expansion
7 PlanNet21 eyes further acquisitions after buying rival eCom
8 Level 5 restrictions risk pushing economy into double-dip recession
9 INM inspectors write to former directors in ‘inside information’ inquiry
10 EU agrees to intensify talks on post-Brexit deal
Real news has value SUBSCRIBE