FBD makes steady progress as it looks to boost profitability

All resolutions at AGM passed, including the appointment of Liam Herlihy as chairman 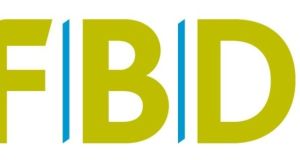 Listed Irish insurer FBD has said it continues to make progress in improving profitability with a steady improvement in its combined operating ratio.

The company said the hardening of insurance rates had continued into 2017, “albeit at a more moderated level”.

All resolutions at the company’s annual general meeting held in Dublin on Friday were passed, including the reappointment of chief executive Fiona Muldoon and the appointment of Liam Helihy at chairman.

Mr Herlihy, who was previously chairman of food group Glanbia until two years ago, has been on the FBD board since September 2015.

“He brings to the role a wealth of commercial experience and some deep insights into the farming and general agricultural industries in Ireland which, together, comprise the group’s core customer base,” FBD said.

FBD, which was founded by a group of farmers in 1967, has a market share of about 13 per cent overall. It has a share of around 80 per cent among farmers.

The company, one of Ireland’s biggest insurers by market share, recently launched a €2.5 million rebrand aimed at winning new business after a couple of years in which the company was involved in restructuring and downsizing.

Outgoing chairman Michael Berkery said earlier in the day that the injury claims environment remained uncertain, with FBD welcoming the increased focus from Government on the issue.

The Government recently set up a commission to examine compensation awards for victims of motor incidents amid concerns about escalating insurance costs. Between 70-80 per cent of all car insurance claims are for whiplash-related injuries, with Insurance Ireland estimating the average payout to be about €15,000.

The insurer, which has about 900 staff and 33 branches across the State, said its low-risk investment allocation had provided a return largely in line with expectations since the start of the year.

“Year to date the group has seen a steady improvement of its key measure, combined operating ratio, towards the target range of mid to high nineties,” said Mr Berkery.