New appointment on executive team since 2013 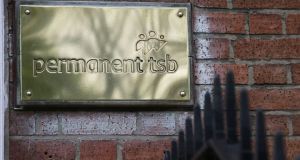 Ger Mitchell has been a member of the PTSB executive team since 2013, and led its return to lending.

Permanent TSB has appointed Ger Mitchell as its group human resources director. He succeeds Tony Hession, who retired at the end of April.

Mr Mitchell has been a member of the PTSB executive team since 2013, and led its return to lending.

He has also held various roles in branch banking, product management and marketing. Mr Mitchell is currently leading the group’s mortgage product review group initiative and will continue with this work until its conclusion.

Commenting on the appointment, Jeremy Masding, PTSB’s group chief executive, said: “Ger has been an outstanding performer in each of the roles in which he has served. He knows the bank inside out and will play a key part in shaping its future development and capability building as we sharpen our focus on the commercial agenda.”

PTSB is 75 per cent owned by the State.