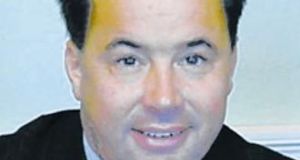 Consumer finance firm First Citizen’s loan book has doubled in the past two years to about €300 million, driven by car financing and growing business lines in commercial property and the funding of equipment and machinery for farmers and small firms, according to its chief executive, Chris Hanlon.

The Dublin-based company, established by Mr Hanlon in 2012 when he led a management buyout of Permanent TSB’s (PTSB) car finance business, plans to refinance more than €150 million of car loans in the bond markets by the end of the year. The deal would mark its second so-called securitisation deal in 18 months.

First Citizen has also launched a €100 million SME equipment finance fund in recent days, backed by €100 million of funding from a European bank, which Mr Hanlon declined to identify. The fund will amount to about €60 million of fresh finance for the sector, as about €40 million of it refinances facilities previously received from the State-backed Strategic Banking Corporation of Ireland (SBCI).

US hedge fund Magnetar Capital acquired a 66 per cent stake in First Citizen in June last year for €28.2 million and has since provided an additional €72 million of mainly junior debt financing to underpin its existing business lines.

First Citizen’s losses widened to €7.96 million last year from €1.08 million for 2016, even as its loan book jumped by 46 per cent to €213.5 million, according to the group’s latest annual report, provided by the company to The Irish Times.

The loan book currently stands at about €300 million, according to Mr Hanlon.

The 2017 loss was driven by a €5.1 million exceptional charge as the company shared the income boost from the securitisation of €158 million of car loans last year at cheap rates with Magnetar. First Citizen decided to take the hit up front, rather than over a four-year period, Mr Hanlon said.

The group said in its annual report that it may incur further losses in 2018 as it expands its business lines, “but expects to be profitable thereafter”.

Mr Hanlon said the company would most likely ultimately be sold in a trade sale in time, though he said there was “nothing on the horizon”.

First Citizen currently has about 75 employees and the chief executive expects this to grow to about 100 by next March.

Industry observers have long speculated that First Citizen could ultimately combine with its larger rival, Finance Ireland, which is led by Billy Kane, a former colleague of Mr Hanlon’s at PTSB, or be taken over by a bank.

Finance Ireland, which had a total loan portfolio of €668 million at the end of last year, spanning motor finance, leasing to SMEs, agri-finance and a fledgling commercial real-estate business, confirmed last week that it was entering the mortgage market.

The company has lined up UK asset manager M&G Investments to fund its home loans business and purchase of an initial €200 million portfolio – and lending platform – from Pepper Money.