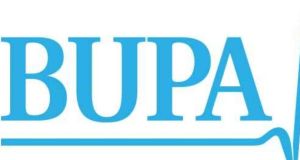 Bupa is reportedly preparing to move its European health insurance business to Dublin as it prepares for Brexit.

UK-based healthcare group Bupa is reportedly preparing to move its European health insurance business to Dublin as it prepares for Brexit, more than a decade after the group quit the Irish health coverage market.

Channel 4 News has reported that the Bupa plan comes as the group deals with the prospect of not being allowed to write European Union contracts from the UK after the Brexit.

Efforts by The Irish Times on Tuesday evening to secure comment from Bupa were unsuccessful.

Established in 1947 as the British United Provident Association, Bupa’s operates in a number of countries globally, including major health insurance operations in Spain and Poland.

The company entered the Irish private medical insurance market in 1997, ending Vhi’s monopoly, before announcing in 2006 that it was quitting the sector in the Republic, blaming a scheme known as risk equalisation, which compelled the company to pay compensation to Vhi, which had a greater proportion of older, more costly customers.

The Quinn Group bought Bupa Ireland the following year and the business was subject to a management buyout in 2012 and renamed Laya. It was acquired by insurance giant AIG in 2015.

A number of insurers, from XL Insurance, Beazley and Hiscox, have outlined plans to establish EU hubs in Ireland to retain access to the single market as a result of Brexit.