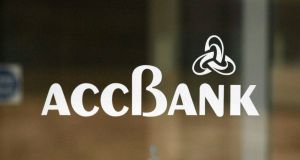 Speaking to The Irish Times, Finance Ireland’s founder and chief executive, Billy Kane, said the company and M&G had already agreed to establish an Irish mortgages partnership before they became aware of the opportunity to the Pepper residential mortgages portfolio and platform this year.

The Pepper deal was disclosed in a statement on Thursday, which did not give a value for the transaction.

Finance Ireland, set up in 2002 by Mr Kane, a former Permanent TSB chief executive, is backed by the Ireland Strategic Investment Fund and US investment giant Pimco.

The company, which already competes in leasing to small- and medium-sized enterprises (SMEs), motor finance and agri-finance, saw its lending rise by 43 per cent last year to €435 million, fuelled by lending in its fledgling commercial property business.

Between 10 and 15 staff from Pepper Money will transfer to Finance Ireland, which currently employs about 115 people.

Pepper said the decision to sell the Irish residential mortgage business was part of a new European strategic plan following its takeover by US private equity giant KKR last year. This includes the gradual separation of Pepper’s European third-party loan servicing operation and its lending businesses.

Pepper will continue to expand its loan servicing business, which employs 400 people and has €16 billion of assets under management, and grow its commercial lending business in Ireland, according to the unit’s chief executive, Cormac Ryan.

The €200 million mortgage book being sold comprises mainly “near prime” loans to borrowers, such as self-employed homeowners and people with minor impairments on their credit histories.

Finance Ireland will continue to build this book, but its core business will be in prime mortgages, where it aims to be “competitive but not market leading” on the pricing of loans offered through the broker channel, according to Mr Kane.

Pepper’s current average standard variable rate of 3.6 per cent is about 0.4 of a percentage point above the average in the market.

Finance Ireland and M&G plan to refinance their mortgage portfolio in time on international bond markets through a process called securitisation.

“Recent newsflow has been dominated by speculation regarding new entrants to the mortgage market. In addition to Finance Ireland, both Dilosk (currently active in the buy-to-let market) and An Post have signalled their intention to enter the market,” said Diarmaid Sheridan, an analyst with Davy.

“Today’s announcement confirms another entry but also one exit as Pepper concentrates on its loan servicing business” and commercial loans.

Meanwhile, Dutch financial group Rabobank has decided to take direct ownership of the remaining €3.2 billion of loans at its former ACCBank unit in Ireland as it considers a sale of the deeply-distressed portfolio next year.

Sources said in August that Rabobank was advancing plans to sell the loans, after it signalled in its first-half report that it had reclassified the portfolio as “financial assets” that would not be held until maturity. The bank handed back its licence to the Central Bank in 2014 and renamed as ACC Loan Management.