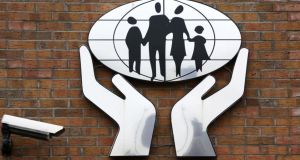 Provisional liquidators have been appointed to Drumcondra and District Credit Union after efforts to fold its business into a stronger peer failed. Photograph: Colin Keegan, Collins

Provisional liquidators have been appointed to Drumcondra and District Credit Union after efforts to fold its business into a stronger peer failed. The north Dublin lender was unable to secure enough funding to bolster its financial position to complete a merger.

The Central Bank of Ireland said Stephen Tennant and Nicholas O’Dwyer of Grant Thornton had been appointed as joint provisional liquidators on foot of an application the regulator made to the High Court on Thursday.

The State’s deposit guarantee scheme has been invoked as a result so that members can get their money back without waiting for the liquidation to be completed. The scheme ensures deposits of up to €100,000 per person are guaranteed by individual lenders in Ireland.

Last year, the organisation, more commonly known as the Drumcondra Credit Union, told its members they would have to reduce their savings to €15,000 as part of a move by a number of credit unions to impose maximum deposit limits at a time when the sector was struggling to lend on money.

Four years ago, Drumcondra needed a bailout from the Irish League of Credit Unions to restore its capital level to the minimum regulatory requirement of 10 per cent of total assets, after suffering “considerable impairments” to its assets, the Central Bank said. These related primarily related to its premises.

The board of Drumcondra Credit Union proactively engaged with the Central Bank to seek to address these viability issues and in early 2019 and made the decision to pursue a voluntary transfer of engagements.

“The capital position of Drumcondra Credit Union again fell below the minimum regulatory reserve requirement of 10 per cent of total assets while the credit union engaged with a number of other credit unions to seek to secure this strategic outcome,” it said. “Drumcondra Credit Union ultimately failed to complete a voluntary transfer of engagements process, primarily due to its inability to secure the requisite external financial funding to restore its capital position prior to completing a transfer of engagements.”

The number of credit unions in the Republic had fallen to 241 by the end of last year from 406 in 2011, as the industry succumbed to a wave of mergers as it grappled with a slump in lending and income pressures.

The sector’s current combined loans amounted to 28 per cent of assets as of the end of September, according to a Central Bank report, published in December. That is down from 49 per cent in 2007, and ranks among the lowest across credit union movements worldwide.

The optimal loan-to-assets ratio is widely viewed to be about 50 per cent.

Combined membership of the industry totals about 3.4 million, while total assets increased 31 per cent to €18.3 billion, over the period 2011 to 2019, according to the Central Bank. The regulator eased restrictions in January on long-term lending by credit unions.

The collapse of Drumcondra Credit Union marks the fifth time the deposit guarantee scheme has been invoked.

Individuals with borrowings from the Drumcondra Credit Union must continue to make repayments along the lines of their loan agreements. The provisional liquidators will contact all members with outstanding loans, the Central Bank said.