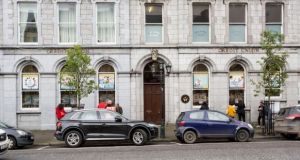 The Central Bank said on Wednesday that cheques have been issued to some 10,900 members of Charleville Credit Union following the liquidation of the credit union on October 13th.

According to the regulator, compensation has been issued under the Deposit Guarantee Scheme, which protects deposits of up to €100,000 per depositor, per institution. It’s understood that no depositor had savings of more than €100,000 with the institution, which means that all deposits will be refunded. The Central Bank said the cheques issued cover some 98 per cent of eligible deposits at the credit union, with some additional information required before the remaining payments are made, for example in the case of a deceased member’s estate.

The credit union was placed into liquidation by the High Court on October 13th, and at the time the Central Bank said that cheques would issue automatically within a legal deadline of 20 working days.

Although the credit union was not insolvent, it had legacy financial issues from as far back as 2007 and had failed to bring its reserves up to the regulatory requirement of 10 per cent of assets. Its reserves were just 3.5 per cent last June.