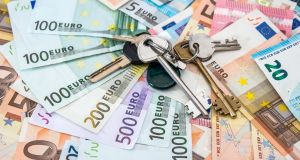 “Right around the world, if you talk to regulators, fines are one-dimension ... but reputation is very important.” Photograph: iStock

After two years of an industry-wide examination into overcharging of tracker mortgage customers, Central Bank governor Philip Lane is holding out that “moral suasion”, as he put it on Thursday, will ultimately make banks do right by “substantially above” 20,000 borrowers hit by the scandal.

The Central Bank revealed this week that only three out of 11 lenders caught up in the controversy have commenced redress and compensation to overcharged customers. These are known to be AIB, Permanent TSB and Ulster Bank.

At the other end of the scale, the regulator is “concerned” that two unnamed lenders may have failed to either identify or recognise customers that were done out of low-cost mortgages, where rates are linked to the European Central Bank benchmark.

New laws enacted in the middle of 2013 giving the Central Bank the power to order banks to refund overcharged customers are of little use, given that much of the problem stemmed from 2008, when banks’ own funding costs were spiralling and they were looking at every way possible to limit their number of borrowers on low-yielding tracker rates.

“Our strategy now is, rather than get into a legal dispute that will take a long time to resolve, it’s much better to persuade the banks on a voluntary basis to make a good and decent upfront offer [to customers] ,” he said. “If they concede, that is going to be the quickest way [to resolve the problem].”

The approach has been having some belated success – after much resistance from banks.

The Central Bank’s latest report on the scandal, published on Tuesday, shows that the number of overcharged customers acknowledged by the banks increased by almost a third between March and September to 13,000. (That’s in addition to 7,100 cases that were dealt with before the industry review began in 2015.)

Mr Lane said he expects “a lot” of movement by banks to redress and compensate customers by the end of this year and into early 2018.

However, there is severe disagreement between a few lenders and regulators over cases that are not clear-cut, where contracts have ambiguous terms. This is where the lawyers have stepped in. And the number of disputed cases is “significant”, according to Lane.

“The lenders are very well-advised,” Derville Rowland, director general for financial conduct at the Central Bank, told the Oireachtas committee on Thursday. “It has been my experience that there has been extensive legal engagement [by banks]. You can always tell when letters are ghostwritten by law firms.”

Ms Rowland signalled that the disagreement with one unnamed lender “has reached such a stage where there’s no point continuing the conversation”.

Regulators have ordered the bank to come back with its final position on disputed cases, identify the borrowers by name and prepare to write to each customers to explain why they are being refused remediation and that they still have the option of going to the Financial Ombudsman and the courts.

“If we get a change of mind [from the bank], it won’t have to go any further,” said Ms Rowland. “If they don’t change their mind, it is my intention that we are going to press hard on that.”

Since the scandal erupted, the Central Bank has completed only one enforcement investigation – against Permanent TSB’s former subprime mortgage unit, Springboard, which it fined €4.5 million last year for breach of consumer protection codes when it failed to apply correct rates to 222 tracker accounts between 2008 and 2015.

Additional investigations against Permanent TSB and Ulster Bank have also been under way for some time, while the Central Bank revealed this week that two further cases have recently been initiated. The Irish Times reported on Thursday that the two lenders involved are Bank of Ireland and KBC Bank Ireland.

Neither has started refunds or compensation yet, though Bank of Ireland has said it plans to do so “in the coming weeks”. Executives at KBC, on the other hand, are alone among the State’s top five lenders to appear before the Oireachtas finance committee in the past month in refusing to give member TDs and Senators any details of affected customers or when they can expect to receive remediation.

Asked if any of the banks threatened to sue the Central Bank for the approach it’s taking against holding firms, Rowland answered: “I’m told not formally.”

Meanwhile, Ms Rowland said that the Central Bank’s enforcement team has had two meetings with the Garda over the tracker mortgage scandal. While the regulator has not yet found any reasons to file a statutory report to the police force, “it’s a low evidential threshold that we would have to meet to actually do so”, she said.

Although Mr Lane said the Central Bank has seen no evidence of cartel behaviour by the banks, “we do think there’s a common culture across the banks, which is, if there is any ambiguity ... about a contract, it is to interpret it in the bank’s favour. It’s a common dynamic across the system.”

When asked by Fianna Fáil finance spokesman Michael McGrath that the Central Bank’s “big stick” is to force banks into action, Ms Rowland said it’s the fear of bank’s sins being exposed publicly.

“Right around the world, if you talk to regulators, fines are one-dimension ... but reputation is very important. Transparently publicising [errors and breaches] in as much detail as possible is an important tool,” she said. “It sends a very important message right across all the institutions.”

The problem is, almost a decade after the financial crisis, banks still don’t have much standing in the eyes of the Irish public.

1 Who are Ireland’s 17 billionaires?
2 Fianna Fáil may have just pressed the pause button on the property market
3 My father in a nursing home wants to gift me his house
4 Are there annual limits on inheritances or gifts to a child?
5 Pensions in the spotlight, climate clash at Davos and confusion at O’Flynn empire
6 German fund pays €19.6m for Dublin 4 office block
7 Tipperary land holding of 800 acres seeking €11m
8 State subsidises public sector retirees to cover gap until State pension
9 Mixed-use investment in Greystones town centre guiding €5.5m
10 Corporate tax change is inevitable, says Donohoe
Real news has value SUBSCRIBE