Thousands more AIB customers could be eligible for redress 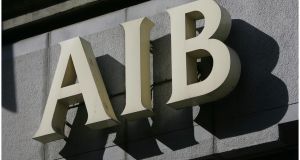 AIB was issuing more than 30,000 mortgages a year in the three years up to 2008. According to the bank’s figures, between 10 and 14 per cent of its customers were on fixed rates. Photograph: Bryan O’Brien

Thousands of AIB fixed-rate mortgage customers have been unfairly excluded from its tracker mortgage redress scheme, contrary to guidelines set out by the Central Bank of Ireland.

However, anyone who was on a standard fixed-rate contract in late 2008 should have been eligible to transfer to a tracker once their fixed period was up, as was the case for people who were previously on a tracker rate.

AIB was issuing more than 30,000 mortgages a year in the three years up to 2008. According to the bank’s figures, between 10 and 14 per cent of its customers were on fixed rates.

That indicates that around 9,500 customer accounts in those three years alone may have been on fixed rates. Depending on the length of the fix, many of these would have come to an end after AIB withdrew tracker mortgages in October 2008.

The bank, in correspondence, has said on several occasions that it has examined the position of people who had fixed-rate mortgages with the bank but who had not previously been on a tracker rate, and that it had decided they did not meet the criteria for compensation.

Numbers entitled to compensation and an offer of a new tracker rate could now more than double the current figure of 3,200 – a number that has been consistent since its update in July and only 100 higher than its March figure.

Such a surge would force the bank to increase the €190 million it has set aside to tackle the tracker mortgage scandal.

The bank is due to release a detailed statement Wednesday following its meeting on Tuesday with Minister for Finance Paschal Donohoe. It would not comment last night beyond stating that its review “was still ongoing”.

The Central Bank’s “Framework for Conducting the Tracker Mortgage Examination” says lenders must examine all mortgages that either started on tracker rates or were subject to a tracker rate at any stage.

However, critically, it also includes any mortgage “where the underlying mortgage agreements provided for contractual rights to or for tracker interest rates at any stage during the term of the agreements”.