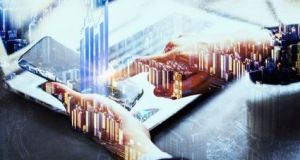 Dublin-based Depfa Bank, a former public sector lender, is understood to have secured bid interest from US private equity groups Apollo and JC Flowers as well as some overseas hedge funds ahead of a deadline last week.

FMW-WM had inherited Depfa Bank in 2014, and started to wind it down after the German government abandoned a plan at the time to sell the business.

Spokesmen for FMW-WM and JC Flowers and a spokeswoman for Depfa declined to comment, while representatives for Apollo did not respond to a request for comment. Both private equity firms had also been involved at the initial stages of the 2014 sales attempt.

It was reported late last year that Depfa may appeal to German public sector lender Helaba, which acquired municipal lender Dexia Kommunalbank in 2018. A spokesman for Heleba declined to comment whether the bank had submitted an expression of interest for the business.

Depfa, a former high-flying German public sector finance bank that moved its headquarters to Dublin in 2002, was bought by Munich-based Hypo Real Estate in 2007, a year before the Irish bank ran into funding problems in the wake of the collapse of Lehman Brothers.

While Hypo Real Estate agreed to sell Depfa under a restructuring plan tied to its own bailout during the financial crisis, the German government pulled the transaction in 2014 and transferred the business to FMS-WM.

Debt ratings firm Standard & Poor’s moved late last month after Depfa was officially put back on the market to downgrade its rating on the bank’s creditworthiness by one level to BBB+, which is seven rungs below its top-notch AAA grade.

“In our view the start of a sale process weakens Depfa’s status as a government-related entity and reduces the likelihood of support from the German government,” S&P said, adding that its “negative outlook” on the bank “also recognises the uncertainty around the identity of any successful bidder or even whether the sale process will ultimately be completed”.

Depfa’s balance sheet has contracted at an accelerated pace under the German bad bank, with total assets falling to €8.9 billion at the end of December from €48.5 billion five years’ earlier. Its remaining portfolio mainly consists of loans and bonds to German and other western European borrowers from the public sector.

The bank had been planning to pay a €150 million dividend in early April to FMS-WM – the first since the start of the financial crisis – but decided to put this on hold as European regulators recommended that banks postpone shareholder payments amid the coronavirus pandemic.

“While the bank remains structurally loss-making due to its minimal generation of net revenues, we see a sale as an increasingly likely scenario,” S&P said. “FMS-WM has undertaken several steps to improve Depfa’s marketability over recent months.”

1 Will your boss let you work long-term from home – or from abroad?
2 House asking prices rebound but will likely fall again - MyHome
3 Revolut shifts regulation of Irish customers to Lithuania
4 AA Ireland bought by Olivier Sarkozy-led fund for over €200m
5 Google tells workers to return to country where they are employed
6 Ryanair tells Minister it will close Cork and Shannon unless EU travel plan is adopted
7 Plans for €2bn Dart expansion lure Bombardier to Dublin
8 Subway bread too sweet for the Irish tax authorities
9 Only half the homes needed this year will be built, construction event told
10 Virgin Media unveils new entertainment platform
Real news has value SUBSCRIBE

Only half the homes needed this year will be built, construction event told 17:35
Draper Esprit to raise £100m through placing 17:30
Ireland can learn from German economic response to Covid-19, says Paschal Donohoe 17:27
Ryanair tells Minister it will close Cork and Shannon unless EU travel plan is adopted 17:17
Technology giant Google pledges $1bn to pay for news 16:31