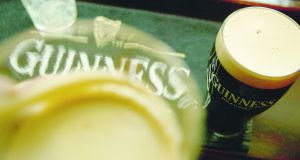 The Central Bank wants insurance companies to pay the “reasonable costs” of customers in a limited number of ongoing test cases over pandemic-related business interruption cover, even if they win. Photograph: Peter Macdiarmid/Reuters

The Central Bank has ordered insurance companies to pay the “reasonable costs” of business customers in a limited number of ongoing test cases over pandemic-related business interruption cover, even if the insurer wins the case.

The order, included in a regulatory framework published by the Central Bank on Wednesday, does not give carte blanche to businesses such as pubs to sue their insurers in disputes over pandemic cover, knowing their legal costs are covered.

Instead, it will apply only to a handful of agreed cases being taken to legally test issues of business interruption cover, with judgments then applied to similar cases.

The regulator’s order is not legally binding, but has been issued as an “expectation” by the Central Bank, which has no power to intervene in the awarding of court costs.

It is understood, however, that the regulator is prepared to “escalate” other supervisory powers at its disposal to ratchet up the pressure on any insurer that refuses to pay the legal costs of an agreed test case, should it win.

“Where cover is disputed and businesses have pursued litigation, insurance firms should be cognisant of the significant costs burden faced by their customers,” said the bank’s director general of financial conduct, Derville Rowland.

“We therefore expect that, in circumstances where the firm obtains the benefit of a court’s interpretation of issues at hand, a firm should agree to pay the reasonable costs of customer plaintiffs in agreed test case litigation.”

The 21-page framework document expands on a letter the regulator sent insurers on March 27th on the issue of business interruption cover, which has emerged as a significant area of controversy between shuttered businesses, such as pubs, and insurers, both in Ireland and abroad.

Since the pandemic hit, it has emerged that most such policies internationally don’t cover virus pandemics, leaving businesses to pick up the costs where they might have believed they were covered.

But there are a number of related test cases in train in Ireland, including one between FBD Insurance and pubs.

The regulatory framework sets out how the Central Bank expects insurers to behave in dealing with pandemic business interruption claims, including giving customers the benefit of the doubt where grey areas arise, which was already dealt with in its March letter.

“Where a legal action has been concluded and the final outcome has a wider beneficial impact for other similarly impacted customers, firms will be required to take urgent remedial action to ensure that those customers obtain the benefit of the final outcome,” said Ms Rowland.