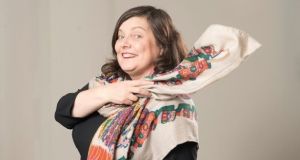 Starling, the British challenger bank founded by former AIB chief operating officer Anne Boden, has resumed talks with the Central Bank over securing a banking licence that would allow it to expand in the Republic and other markets.

Ms Boden said discussions with the financial regulator recently recommenced after being “temporarily put on ice during lockdown”.

Starling, which has raised over £363 million (€402 million) since it was established in 2014, now expects its international expansion to start next year, having been delayed because of the coronavirus pandemic.

The digital bank has already established a subsidiary in Dublin both to potentially service the Irish market and to use as a springboard into other European markets, starting with the Netherlands, France and Germany.

Starling claims to be the fastest-growing SME bank in Europe with a new account being added every 35 seconds. It now holds a more than 3 per cent share of the British SME banking market.

“When we closed our financial year at the end of November 2019, 926,000 retail accounts had been opened and 82,000 business and sole trader accounts. We held just over £1 billion on deposit. Now, less than nine months later, we’ve opened more than 1.5 million accounts: more than 1.25 million retail current accounts, almost 200,000 business accounts for small- and medium-sized enterprises (SMEs) and almost 90,000 euro and US dollar accounts,” said Ms Boden.

The bank held more than £3 billion on deposit at the end of July. Its annualised revenue run rate now stands at £80 million and Starling is on track to break even by the end of 2020.

Headcount at Starling has increased by 352 since November bringing the total number of people employed to 958.