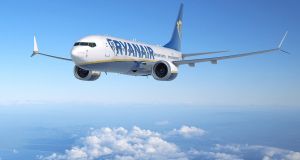 As China’s aviation sector expands rapidly to meet surging domestic demand for air travel, Dublin is emerging as a major hub for Beijing’s growing ambitions in the aircraft leasing market.

One of Ireland’s most established markets is experiencing a renewed burst of growth.

As China’s aviation sector expands rapidly to meet surging domestic demand for air travel, Dublin is emerging as a major hub for Beijing’s growing ambitions in the aircraft leasing market.

Eighteen groups from the Chinese mainland and Hong Kong are using the Irish capital as a strategic bridgehead in their push for a bigger share of the $261bn global market.

With about half the world’s leased aircraft managed from Dublin and most leading lessors long present in the city, Ireland is a global aviation finance centre.

But China’s build-up marks a new turn in a booming market whose guiding light was Tony Ryan, the Irish tycoon who made his first fortune leasing aircraft in the 1970s and then went on to co-found Ryanair.

Ireland offers international lessors big tax advantages, although it is facing fresh competition from Hong Kong and Singapore as these cities look to woo business with new tax incentives.

The flood of Chinese capital into Dublin also comes despite Beijing’s crackdown on overseas dealmaking, which has prompted speculation that China is playing a long game to harness leasing expertise abroad before moving the industry home.

Globally, the market is also enjoying a big boost from Chinese capital, but this has sparked some concern that a growing pool of money may be chasing too few leasing assets, putting the sector at risk of a bubble bursting.

Industry analyst FlightGlobal estimates the capital deployed by aircraft lessors has grown by 51 per cent to $261bn over the past 10 years — of which $71bn has come from Chinese sources.

Significantly, close industry observers note a rise in prices and compression of yields on second-hand aircraft, saying some Chinese operators may not be properly pricing risk.

Adam Pilarski, senior vice-president at consultants Avitas near Washington DC, warns that an “unreasonably good situation” in global leasing could be upended by recession, disruption to trade under Donald Trump’s “America first” policy and other risk factors such as rising interest rates.

Although Mr Pilarski acknowledges his outlook is “contrarian”, he says: “There’s a lot of new money that is coming in. These people have never lived through a downturn.

“You also had new players who want to enter it, the Chinese for example but also the Middle Easterners...You have a bubble and you are waiting for the prick.”

But China, driven by its own ever-increasing market for air travel, continues to push to the fore. The International Air Transport Association believes China is on track to displace the US as the world’s biggest aviation market by 2022, earlier than foreseen and fuelling rising demand for leased aircraft.

In Ireland, the biggest Chinese move by far in leasing came in 2015 when HNA Group, the Hainan conglomerate, acquired Dublin-based Avolon, only nine months after its New York Stock Exchange flotation.

The next year Avolon bought the leasing arm of US-based CIT Group, doubling Avolon’s size and catapulting its €19bn portfolio to number three in the global industry.

This marks rapid progression for Avolon since its origins in the aftermath of the global financial crisis, yet Dómhnal Slattery, chief executive and founder, wants to go further still.

“Our aspiration is to be the number one player in world markets, which in simple terms would mean that we probably would need to double the size of the business again over the next five years,” he says.

“Given our scale now we’re more likely to pursue one other large acquisition, rather than a series of small ones...and my sense is that the next acquisition will happen probably when the industry is in a bit more distress or stress.”

Other Chinese mainland and Hong Kong lessors are also making inroads in Dublin. Groups such as Industrial and Commercial Bank of China, China Development Bank, Bank of China Aviation, Bank of Communications, Goshawk and Accipiter are expanding in the city.

FlightGlobal data show that more than 1,100 Chinese-owned aircraft are managed from Dublin, about a quarter of the 4,300-strong global leasing fleet in Ireland.

Pat Hannigan, chief commercial officer in Dublin for CDB Aviation, an arm of China Development Bank, says the company has 200 aircraft, another 200 on order and a mandate to grow.

“There is no doubt about it that the Chinese are interested in this sector, have taken to this sector and they now want to go to the next level basically, which is what they’re doing. They also want to expand our portfolio internationally and build our team,” he says.

Although Ireland’s low 12.5 per cent corporate tax rate is a keystone of an economic strategy that has drawn legions of multinationals to the country, the linchpin for lessors is Dublin’s network of double-taxation treaties with more than 70 countries.

Global airlines that lease from Ireland pay less withholding tax upfront thanks to these treaties, boosting the business case to trade from Dublin in a sector that makes low profit margins on very large assets. This provides greater flexibility to Chinese lessors, whose growing involvement in the international market also increases access to dollar revenues.

All of that comes on top of a 40-year record that dates back to Ryan’s pioneering days in the industry, meaning that a large network of finance, debt issuance and accounting expertise is well-established in the city.

“Tax advisers, legal advisers, they’re all in Dublin and have been for many years,” says Ruth Kelly, chief executive of Goshawk, a lessor owned by Hong Kong’s Chow Tai Fook Enterprises and NWS Holdings, which has a $5.8bn portfolio of 114 aircraft under management or on order. “The quality and quantity of [double taxation] treaties would be better than anything in Hong Kong or mainland China.”

Aircraft leasing sustains about 1,200 Irish jobs and the wider aviation sector contributes about €4bn to the national economy.

But Paul Sheridan, chief of Accipiter, another Hong Kong lessor in Dublin, says a key challenge now is for Ireland to ensure it stays competitive. “Ireland is in a really strong position. It has done really well but it does mean other people will inevitably try and repeat the trick.”

There is no shortage of bullish growth forecasts for Chinese aviation. Whether the market can sustain its rapid growth will determine the fate of the country’s lessors in Ireland.- Copyright The Financial Times Limited 2017