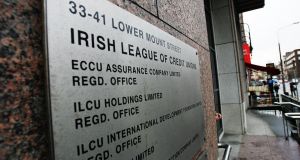 Irish League of Credit Unions headquarters: Five years ago, there were just 28 credit union lenders with assets of €100 million or more. Now there are 54. Photograph: Frank Miller

In the highly regulated modern world of financial services, scale is king. So the Central Bank of Ireland won’t be unhappy with the latest findings on the financial health of the credit union sector, which it published on Wednesday.

Total credit union assets reached a record high of €17.6 billion as of September 28th. At that date, 54 credit unions here had assets of €100 million or more, accounting for 57 per cent of total sector assets.

Go back five years and the comparable figure was 28 lenders, who between them accounted for roughly one-third of the sector’s assets.

Over the same timeframe, the number of credit unions with assets of less than €40 million fell from 285 to 117. This was largely driven by the desire of the Central Bank for credit unions to huddle together for warmth post the 2008 banking and property crash. Some others went out of business: Charleville, Rush, and Newbridge among them.

Total savings in the sector have grown at a faster pace than loans, increasing by 25 per cent over the five years to €14.6 billion.

Of concern is that lending has risen by a compound annual growth rate of just 1 per cent. Lending is the lifeblood of any bank or credit union. Just 27 per cent of credit union deposits are currently lent out in loans, which is all the more curious given the increase in the number of money lenders in this market in recent years charging sky-high interest rates for short-term loans.

The return on assets has also continued to fall over the period, standing at 0.95 per cent at the end of September.

One area of lending that has increased is home loans. At the end of September some €171 million in home loans was reported by 110 credit unions – up from €113 million two years earlier.

With house prices nationally averaging about €232,000, this amounts to 734 loans. Such competition is to be welcomed in a constrained market dominated by AIB and Bank of Ireland. But it won’t move the dial much. Scale is king.