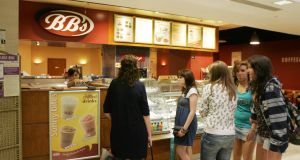 Causeway Capital Partners, an Irish private equity fund for Irish and British SMEs set up in 2016, has deployed more than half its €60 million fund across five investments – the businesses Bizimply, Celtic Linen, Turmec, InTheStyle.com and Bakers + Baristas (BBs) – it said in an end-of-year update.

The fund completed four transactions in 2018, including new investments in the UK-headquartered fast-fashion brand InTheStyle.com and Irish specialist waste processing equipment designer and manufacturer Turmec, for which it provided €4 million in finance to a management buyout led by chief executive Brian Thornton.

It also made further investments in BBs and Celtic Linen, financing the former’s buyout of 11 UK-based Love Coffee stores from DJ&C Foods.

The fund backed Celtic Linen’s acquisition of Naas-based Millbrook Linen in February. The Naas facility now operates alongside Celtic’s existing one in Wexford and has increased headcount for the combined group to more than 300 full-time equivalent roles.