EY, Deloitte, KPMG and PwC check the accounts of 341 of the top 350 UK companies 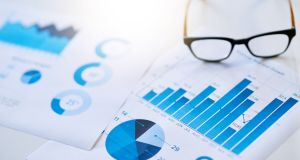 European Union and British reforms introduced in the past two years to increase audit market competition ended up with companies switching between the Big Four rather than hiring smaller rivals. Photograph: iStock

Britain needs a new watchdog to shake up the country’s “Big Four” accounting firms and reduce their dominance of the market for auditing companies’ books, two government-requested reports said on Tuesday.

The reports’ proposals mark the most radical attempt yet to reform a sector in which the Big Four firms - EY, Deloitte, KPMG and PwC - check the accounts of 341 of the top 350 listed companies in Britain.

Politicians have criticised a “cosy” audit sector and its “timid” regulator of failing to foresee the collapse of retailer BHS and construction company Carillion.

In a report commissioned by the business ministry, John Kingman, chairman of insurer Legal & General, said the current regulator - the Financial Reporting Council (FRC) - should be replaced by a new watchdog with new management, stronger powers and a competition remit. It would be funded by a mandatory levy on accounting firms.

The new watchdog - the Audit, Reporting and Governance Authority - would directly regulate auditors, be forward looking and draw a line under a creaky, leaky, ramshackle and “excessively consensual” FRC perceived to be too close to the Big Four, Kingman said.

The new watchdog would also have new powers to pursue any company director if it found wrongdoing.

FRC chief executive Stephen Haddrill has already said he would step down next year. The board of the new regulator would decide whether to keep on current FRC staff.

Separately, the Competition and Markets Authority (CMA) on Tuesday published interim findings of its audit market review, which it began a few months ago.

“We propose that FTSE350 audit should be carried out jointly by two firms, at least one of which should be from outside the Big Four,” the CMA said.

The subsidiaries of a company would be divided up among the two auditors, with both approving the consolidated accounts.

New laws would be needed to implement many of the Kingman recommendations and the CMA proposals, which will be finalised in early 2019.

The UK’s business ministry welcomed the recommendations, but it may have to hold a public consultation. It faces a parliament clogged by Brexit and a new regulator is unlikely to emerge before 2020.

Rachel Reeves, chair of the UK parliament’s business committee, said a new regulator should be able to spot signs of corporate failure and step in before it was too late.

“We will take a close eye to the CMA and Kingman recommendations and examine what needs to be done to deliver on these reports,” Ms Reeves said.

European Union and British reforms introduced in the past two years to increase audit market competition ended up with companies switching between the Big Four rather than hiring smaller rivals like Grant Thornton or BDO.

“These intractable problems may take some years to sort out,” said CMA Chairman Andrew Tyrie. “If it turns out that the proposals are not far-reaching enough, the CMA will persist until the problems are addressed.”

Mr Kingman said a new regulator would bring an end to current industry self-regulation through professional bodies like the ICAEW. FRC oversight of actuaries should be moved to the Bank of England, he said.

In France, joint audits are already common and help smaller accountants like Mazars to break into the top end of the market. Joint audits are estimated to cost about 20 per cent more than having a single auditor.

The CMA said if joint audits did not work, a possible alternative would to be ensure that some major audit contracts were only available to non-Big Four accountants - a step the industry proposed in the summer.

The CMA stopped short of calling for a break-up of the Big Four but proposed putting their audit and advisory services into separate operating entities.

An audit business would have its own board, staff and profit pool for bonuses so it can focus on quality book-keeping.

Other recommendations include giving the new regulator powers to intervene in a firm’s audit, and a “duty of alert” that requires auditors to tell the regulator if they have serious concerns about a company’s viability.

The CMA recommendations are open for public consultation until mid-January. – Reuters