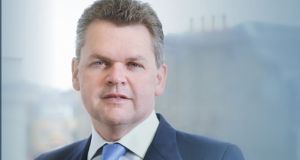 DAA chairman Basil Geoghegan, who is taking up a non-executive role with AIB. 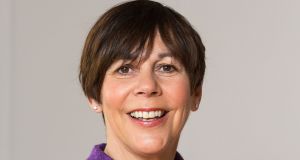 The chairman of Dublin airport operator DAA, Basil Geoghegan, has been appointed to the board of AIB.

Mr Geoghegan, a partner at strategic advisory company PJT Partners and a former managing director with Citigroup, will take up his non-executive director role from Wednesday and will also join the AIB board audit committee and board risk committee.

Elaine MacLean has also been appointed as a non-executive director from Wednesday. The former human resources director for Legal and General will also become chairwoman of AIB’s remuneration committee, succeeding Jim O’Hara, who is resigning after nine years on the bank’s board. Ms MacLean will also join AIB’s nomination and corporate governance committee.

Existing non-executive director Brendan McDonagh has been appointed to the role of board risk committee chairman, succeeding Peter Hagan whose resignation will take effect from September 30th after he has spent more than seven years on the board.

Also resigning is Catherine Woods, who has spent nine years on the board. Tom Foley will succeed Ms Woods as senior independent director from October 12th, when Ms Woods’s resignation will take effect.

“Whilst, of course, it is a happy occasion to welcome new board members, in this case it is coupled with regret at the departure of Peter, Catherine and Jim, who between them share 25 years as board members of AIB Group,” said AIB chairman Richard Pym.

“Joining in a period of great difficulty, they have guided the group through a significant level of positive change during their tenures. The wealth of experience and knowledge of AIB group shared by these individuals is un-paralleled and will be a loss to the board.”