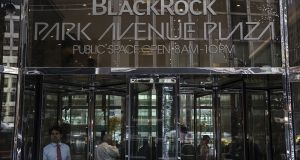 BlackRock, the world’s largest asset manager, is warning bondholders that Brexit remains a major risk event for investment portfolios this year as the UK prepares to negotiate its exit from the EU.

The fund manager, responsible for overseeing $5.1 trillion in global assets, will insert warnings into prospectuses of mutual funds that have “significant exposure” to Europe by the end of this month, according to a spokesperson.

The warning underlines the potential for bouts of market volatility this year, as the British government publishes a Bill to authorise Brexit while a number of euro zone countries prepare for important elections.

“There is a wave of political uncertainty in Europe that is coming into our consciousness,” said Robert Smith, president and chief investment officer at US investment advisers Sage Advisory. “But it is tough to run away from extremely dominant issuers. It is one thing to say they are forewarning us that this risk is there but how you neutralise that is difficult.”

In recent years, European companies have issued hefty amounts of dollar-denominated debt as investors poured money into US bond funds. Sales of dollar debt from European companies in 2016 climbed to their highest level since the financial crisis, comprising nearly a fifth of the $1.5 trillion of investment grade and high yield debt sold to investors, according to data from Dealogic.

The substantial exposure to European companies via US bond funds means portfolios could suffer if market turmoil from Brexit and European elections blow back across companies in the region.

BlackRock’s $19 billion high-yield fund has a 12.2 per cent exposure to western Europe, predominantly from European issuers of dollar debt, according to Bloomberg data. This has risen from 6.8 per cent in 2010.

Other managers, such as AllianceBernstein, already carry a warning for US bond funds, while some, such as Fidelity, have chosen to only include it in international funds.

BlackRock, which also owns exchange traded fund provider iShares, has already inserted warnings into some of the most widely traded ETFs in the US –with European exposures up to 17.5 per cent of the fund – as well as it’s Eurofund, which invests in European equities.

BlackRock’s existing warning singles out Brexit specifically, emphasising its importance over other European risks that have been on investors minds, such as the recent Italian referendum, or upcoming elections in Germany and France.

A spokesperson for the asset manager said: “The Brexit vote was a major geopolitical event and we revise our risk disclosure periodically to account for events in the US and abroad that could create risk for a fund’s portfolio.”

Jay Baris, a partner at law firm Morrison & Foerster, said it is unusual – although becoming more common – to single out political events as a risk to a fund.

US mutual funds are required to publish comprehensive lists of risks and the SEC has emphasised their importance in recent guidance notes to fund managers, highlighting rising interest rates, which could elevate bond yields and lead to heightened redemptions as an example. The SEC has also pursued new rules to shore up mutual funds’ abilities to handle large outflows of investor cash.

“When the markets are volatile, all of these issues become more important,” said Mr Baris, who has worked on mutual fund prospectuses in the US. “The SEC wants disclosure of risk and then oversight to make sure a fund can meet redemptions.”

BlackRock declined to give a specific threshold that would warrant the new warning being inserted but its high yield and low duration portfolios both have European exposures higher than iShares Barclays aggregate bond ETF (AGG), which already carries the warning. AGG has a 4.43 per cent exposure to western Europe.

1 Irish people like nothing more than being bribed with their own money
2 Hogan warns Britain on US trade deal as EU set to impose tariffs
3 Ministers ditch Davos for electorate’s doorsteps
4 Climate apathy in Northern Ireland could impact on the Republic
5 Greencore investors urged to spurn Coveney’s €315,000 pension
6 Barclays to cut 100 senior roles as lender seeks to rein in costs
7 Pointy sale: How a Google reject built a $160m company and sold it to Google
8 The Irish economy is thriving but if you’re not feeling it – here’s why
9 EU considers five-year ban on facial recognition tech in public areas
10 Allegations of keeping Nama in the dark ‘blackmail’, O’Flynn says
Real news has value SUBSCRIBE