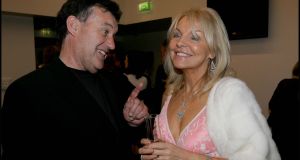 A controversial Ulster Bank scheme set up during the recession to deal with SMEs in financial difficulty was designed to deliberately bring down viable businesses that would otherwise have survived, the Oireachtas finance committee was told on Thursday.

Businesswoman Jackie Lavin appeared before the committee to discuss the bank’s Global Restructuring Group Ireland (GRGI), which was a division established to deal with SMEs that had borrowed between €1 million and €25 million and were in distress.

About 76 per cent of loans moved to GRGI related to commercial property. By the end of 2013, GRGI had 248 employees managing more than 2,140 cases with a portfolio value of more than €14 billion.

Late last year, Ulster Bank owner Royal Bank of Scotland (RBS) said it would set aside £400 million (€449m) after years of defending itself against claims the UK equivalent of the scheme deliberately pushed some companies into bankruptcy so it could pick up their assets more cheaply.

On Thursday, Ms Lavin said the scheme had been designed to “engineer defaults”, and accused Ulster Bank officials of lying to the committee during a previous hearing.

“We believe that Ulster Bank/GRGI deliberately targeted and shut down viable businesses in a property grab strategy,” she said. The scheme involved the “deliberate bringing down of viable businesses that would have survived through the recession”.

“GRGI was sold to business owners under the guise of the bank taking a special interest in the company in a caring partnership arrangement. Businesses did not suspect it was a purpose vehicle designed to take down the company.

“Firms that had never missed a loan payment were pushed into GRGI under the bank’s secret policies for reasons that had nothing to do with financial distress.”

She said the reasons included telling RBS they wanted to leave the bank, falling out with managers or threatening to sue over mistreatment.

She said when Glencullen Holdings, which was run with Mr Cullen, entered GRGI in October 2011, the bank “immediately started to squeeze the cash flow” and put in place a “shadow manager” to oversee all costs.

She also said Ulster Bank “lied” to the committee during its submission in December, when officials said they didn’t receive any complaints.

“They received many complaints from customers, our members included,” she said. “They also committed to writing out to all customers. No letters have been received to date.”

Committee chairman John McGuinness said they would examine the allegations and contact the Central Bank.

“The Central Bank has to lead an independent investigation,” she said. “The complaints mechanism Ulster Bank has in place is totally inadequate. It’s like asking the customer to go into the lion’s den to complain about the lion.”

In response to questions from The Irish Times, Ulster Bank rejected that the scheme engineered defaults.

“During the period 2008 to 2013, Ulster Bank granted extensive forbearance to the vast majority of the customers managed in GRGI,” said a spokeswoman.

“In line with the process underway in the UK, Ulster Bank is making the same supports available to our SME customers in GRGI during that period.

“Ulster Bank strongly rejects any claims that businesses in GRGI were artificially distressed by GRGI and a number of independent reports have supported this conclusion.”

1 Boris Johnson's new immigration regime will damage much more than industry
2 Bank leaked my loan request to family who tried to rip me off
3 Mastercard to create 1,200 new jobs by expanding base in Dublin
4 Varadkar resigns amid warning impasse will hit the economy
5 Nineteen staff made redundant by Nama share €1m
6 Garda mobile contract win causes concern over Eir’s use of Huawei kit
7 Budget 2020: New emissions tax on new cars and used imports
8 Help, I’ve no PRSI stamps – can I still get a pension?
9 When I’m 65: five ways you’ll benefit
10 How can I view my dead brother’s will if I’m not the executor?
Real news has value SUBSCRIBE