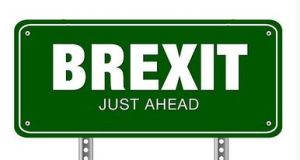 A number of insurers, including Beazley, Hiscox and XL Group, have outlined plans to establish EU hubs in Ireland to retain access to the EU market following Brexit

Bermuda-based Aspen Insurance Holdings said on Tuesday it plans to set up an Irish subsidiary so that it can continue to service clients in the European Economic Area (EEA) after Brexit.

The insurer, which currently has an operation in Dublin that operates as a branch of its UK unit, has applied to the Central Bank of Ireland for authorisation of the new unit, with a view to it being up and running in the first three months of 2019. The UK is on track to exit the EU at the end of March next year.

Aspen has also been operating through Lloyds of London, the world’s leading marketplace for specialist insurance services, for the past decade and plans to continue to do so as Lloyds sets up a new unit in Brussels next year

“Aspen has had a strong local branch presence in the Republic of Ireland for many years. Dublin is, therefore, a logical fit for our new insurance subsidiary given its highly-regarded business and regulatory environment,” said Mike Cain, chief executive of Aspen Insurance UK. “Aspen Ireland, together with our use of the Lloyd’s Belgium subsidiary, will ensure that we can continue to meet the needs of our EEA clients and brokers post-Brexit.”

Aspen plans to initially have a staff of 12 in Dublin when the unit is up and running, some of whom already work in its Irish office, with others set to be moved from other parts of the group, according to a company spokesman.

Aspen said that it plans to write insurance for casualty, credit and political risk, accident and health, as well as commercial property at the Irish unit. It said that existing UK and non-EEA policies are not impacted, and will continue to be written by its UK arm.