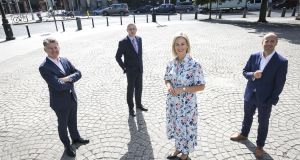 The new fund, whose backers include the European Investment Fund (EIF), the Ireland Strategic Investment Fund (ISIF) and Bank of Ireland, intends to invest between €2 million and €12 million in individual businesses over the next five years.

The Development Capital Fund II, is a successor to and earlier €75 million BDO-led fund that launched in 2014 and invested in nine high-potential SMEs, including Netwatch, Version 1, Blueface and Life’s2Good. The capital sources for the earlier fund were Enterprise Ireland, Bank of Ireland, CRH, Glanbia and Glen Dimplex.

The new fund will target later-stage SMEs with significant opportunities for jobs and export growth. Typically, these will be mid-sized export-focused businesses with annual turnover in the range of €5million to €80million.

The majority of investments are expected to come from ICT/software; industrial/engineering; food and agribusiness; life sciences and clean tech sectors.

Andrew Bourg, a founding partner of the fund, said the first close had been fast-forwarded to advance funding discussions with a number of companies.

“We have great flexibility in our investment approach and can invest by way of equity, quasi equity or debt. We have a number of pipeline investments identified and are confident that this will build on the track record of success of our first fund,” he said.