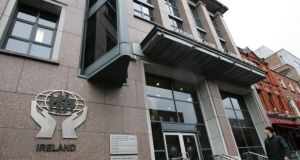 The new Government has been urged to amend legislation so that credit unions can provide up to €900 million in financing for social housing.

The Irish League of Credit Unions, which represents 226 credit unions, also said it wants its assets to be made available to help with the retrofitting of 500,000 older homes

In a new report, the ILCU also called for a reduction in capital reserving requirements from 10 per cent to 8 per cent to allow it to provide expanded mortgage and business lending. It also said all regulatory levies should be suspended for 12 months in recognition of the huge costs that credit unions have faced during the pandemic.

The ILCU said it wants the new Government to introduce a new Credit Union Act that would allow it to become a “real alternative to traditional commercial banks.”

“The huge potential of credit unions to create an even stronger co-operative or community model of banking which provides a valuable alternative to traditional commercial banks exists and has long been discussed,” he said.

“In the post-Covid recovery period, this is needed more than ever. But, while the movement is itself working to make this happen, it also needs a more proactive and ‘can do’ approach from Government,” Mr Thompson added.