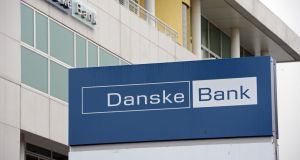 Terry Browne, country manager and head of corporate and institutional banking at Danske Bank Ireland, said: “Our corporate and institutional business has delivered another strong performance in Q2. As always, we are committed to supporting our clients, some of the leading businesses in Ireland, as they continue to leverage the opportunities and manage the challenges of the current marketplace.”

“Customer activity was good throughout the period, contributing to a good income development. The increase was due partly to growth in Norway and Sweden, where we continued to attract new customers,” chief executive Thomas Borgen said.

Danske Bank is the Nordic region’s second-biggest bank after Nordea, which missed second-quarter expectations on Thursday.

Danske Bank’s pretax profit rose to 6.18 billion Danish crowns for the three months to in June 30 from 5.78 billion a year earlier.

That topped the 5.83 billion crowns expected by analysts polled by Reuters.

Danske Bank in Northern Ireland has blamed a number of factors including the “adverse impact” of the lower Bank of England base rate on its income for a slide in its pre-tax profits to £56.5 million for the first six months of this year.

The bank, which has 44 branches and three regional business centres in the North, said higher expenses as a result of restructuring, increased pension costs and a new investment programme also contributed to the drop in pre-tax profits – which were down from £64.5 million in the first half of 2016.

Mr Kingston emphasised the bank’s growth in both customer lending and deposit volumes in the six months to June and said it had also continued to build on a record year for its mortgage business in 2016.

He said among the highlights so far this year for Danske Bank UK, which employs 1,400 people in the North, was the introduction of Apple Pay and its initiative to relocate small business advisers to key branches throughout Northern Ireland.

1 Should my mam wait for house prices to drop before buying?
2 Citigroup warns that markets are out of step with reality
3 US ‘hard seltzer’ drink White Claw launches in Ireland
4 Chris Johns: Past is another country when it comes to our post-pandemic future
5 If you injure yourself working from home, is your employer responsible?
6 Michael Smurfit: ‘I asked Trump to invite me to the White House for my 80th birthday’
7 Donohoe told insurers they risked ‘irreparable damage’ to reputation
8 ‘I’m so lucky to be in the Caribbean – a million miles from Derry Girls’
9 Household savings soar as consumers stop spending
10 Joint accounts: if one of us dies, can the other access the money?
Real news has value SUBSCRIBE