Insurer to focus on expanding in Asia 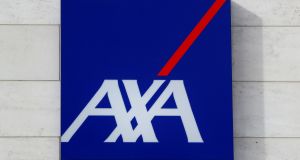 AXA also lifted its expected synergies from the XL acquisition to €500 million from €400 million, and raised its dividend payout range to between 50-60 percent from 45-55 per cent.

AXA, Europe’s second-biggest insurer, expects its profitability to improve in the next two years thanks to US business brought in by its new XL arm, and said it would now focus on expanding in Asia.

The French insurer said profits should be boosted by its $15 billion (€13.2 billion ) acquisition of Bermuda-based XL earlier this year, which helped to broaden AXA’s range of business.

AXA also lifted its expected synergies from the XL acquisition to €500 million from €400 million, and raised its dividend payout range to between 50-60 percent from 45-55 per cent.

Following the XL deal and the stock market listing of its US operations, AXA is now looking to develop more in Asia in areas such as China, health insurance and its branch network.

The company has already hired a series of leading managers in the region, such as Gordon Watson, chief executive officer for Asia.

“In just nine months, Gordon has attracted some of the best leaders in Asia with significant local expertise to propel AXA to become the next insurer of choice in the region,” AXA CEO Thomas Buberl said.

Buberl said last year that he wanted the company, the number two insurer in Europe after Germany’s Allianz, to focus on six emerging countries, with four of them in Asia.

Even though Asia represents about half of the world insurance market’s growth, “AXA in Asia has underperformed over the past few years,” Mr Buberl said during a presentation to investors.

Earlier this month, the company said it had agreed to buy the 50 per cent stake it didn’t own in its Chinese unit AXA Tianping for $584 million.

It confirmed its target for underlying earnings per share to rise by 3-7 per cent a year over the same period and expressed flexibility over possible future share buybacks.

AXA shares were up 1.3 per cent in early trading, as analysts welcomed AXA’s latest financial targets.

“In our view, AXA are reassuring the market by raising adjusted ROE target of 14-16 percent and rewarding investors with a step-change in the payout ratio from the current 45-55 per cent to 50-60 per cent (we had forecasted 51 per cent in 2020), more than exceeding our base case for the investor day,” wrote analysts at Jefferies, which kept a “buy” rating on AXA. – Reuters