Almost 50% of claims Allianz brings to court are ‘potentially fraudulent’

Insurer challenged over 1,500 claimants in the courts last year 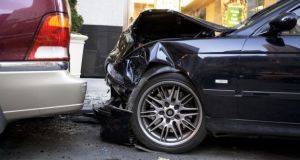 Insurance Ireland has estimated that the impact of fraud costs each car insurance policy holder € 50.

Half of the cases one of Ireland’s largest motor insurers has brought to court are “potentially fradulent”.

The German insurance company Allianz said on Wednesday that it challenged over 1,500 claimants in the courts in 2018, adding that nearly half (45%) of all cases it brings to court are potentially fraudulent. Each case that Allianz Ireland has won has delivered an average saving of € 20,000 per claimant the insurance company said.

“These court victories against fraudsters are good news for the industry and for the consumer, who has had to bear some of the cost of fraudulent claims,” said Sean McGrath, CEO, Allianz Ireland. “The cost of investigating and mounting a case to challenge fraudulent claims is not cheap but, the long-term benefits outweigh the initial cost. It sends a clear message that Allianz is here to protect our customers and will challenge anyone who sets out to scam or defraud either Allianz or our customers”. Allianz currently has 500 cases awaiting trial.

Some of the cases Allianz has successfully pursued and won include a € 60,000 damage claim for injuries suffered by a man in a road traffic accident; in July, it recorded a successful defence of whiplash claims by three Lithuanian men which could have cost the company a pay-out of € 180,000 in damages and a potential costs and expenses bill of € 5 0,000; while a judge also ruled against a Dublin woman who claimed substantial damage caused to her car at traffic lights. Photos showed the damage could not have been caused by a van “brushing” the bumper of her car.

Insurance fraud has long been blamed as one of the reasons why the cost of insurance is so high in Ireland. Insurance Ireland has estimated that the impact of fraud costs each car insurance policy holder €50. Given that an estimated 1.8 million policies are written in Ireland annually, it suggests an annual cost of fraud to the industry of about € 90 million.

9 Stocktake: Risk of market correction appears to be rising