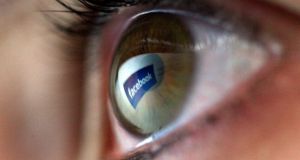 Moderators, who are generally contracted by third-party firms, are constantly exposed to graphic content, a lawyer for the plantiffs,said

Facebook has agreed to pay a settlement of $52 million (€47.8 million) in a court case alleging the company failed to protect workers tasked with moderating disturbing content from the grave mental health impacts of the job.

As part of the settlement, which was announced Tuesday, moderators will get a minimum of $1,000 each from Facebook with the potential for additional compensation if they have been diagnosed with mental health disorders, including PTSD.

Moderators, who are generally contracted by third-party firms, are constantly exposed to graphic content including child sexual abuse, beheadings, terrorism, animal cruelty, and “every other horror that the depraved mind of man can imagine”, Steve Williams, a lawyer for the plantiffs,said.

Williams said they were “thrilled” with the outcome of the lawsuit, which marks a rare win against the social media giant. “The harm that can be suffered from this work is real and severe. So the fact that we got some real, meaningful relief going forward just feels really good.” Workers may be eligible for additional damage awards of up to $50,000, lawyers for the plaintiffs said, and Facebook will change a number of policies to better address mental health.

More than 11,000 people who have worked as moderators for Facebook in California, Arizona, Texas, and Florida from 2015 until now will qualify for compensation under the settlement.

The lawsuit was filed by former moderator Selena Scola in a California state court in September 2018 and later joined by several other former employees. In the time since, there have been several reports about the the severe impact of content moderation on workers’ mental health.

Scola developed PTSD after working at the job for nine months. Others found their political views were pushed further right or said they became addicted to extreme content. A 2019 report from the Verge found workers were paid as little as $28,800 per year, watching thousands of horrific videos each day with very little mental health support.

A spokesman for Facebook said the settlement represents part of the ongoing changes it is making regarding how moderators work.

“We are grateful to the people who do this important work to make Facebook a safe environment for everyone,” he said. “We’re committed to providing them additional support through this settlement and in the future.”

As part of the settlement, Facebook will make improvements to the work environment including requiring its vendors to provide coaching sessions with licensed mental health counselors, enhancing review tools designed to make content moderators’ work safer, and other mental health support. The company will also require that monthly group therapy sessions be made available to moderators.

The plaintiffs feel “really, really good” about the results of the case, said Williams. “When the case started, it was only about changing the policies,” Williams added. “We are fortunate that it has broadened; the perspective going forward is just as important to us as monetary relief.” – Guardian News and Media 2020

1 In six months we will be in the grip of a 1980s-style recession
2 Apple tax case: Four individual lawyers paid over €500,000 each
3 Aer Lingus wants quarantine period axed to resume flights in July
4 Google facing $5bn lawsuit for tracking in ‘private’ mode
5 Should my mam wait for house prices to drop before buying?
6 Dublin aircraft lessor defers delivery of Boeing 737 Max until 2025
7 C&C’s business ‘materially impacted’ as it books €92.5m in exceptional items
8 Australia’s economy is in recession for first time since 1990s
9 Nissan warns of threat to UK factory Brexit talks fail to agree trade deal
10 Ryanair forecasts ‘minimal traffic’ in June as restrictions remain across Europe
Real news has value SUBSCRIBE