SSE to pay €1.14m over ‘incorrect and misleading’ statements 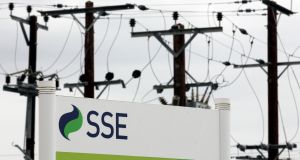 Energy giant SSE has been ordered to pay £1 million by regulators for sending out inaccurate and misleading annual statements to 580,000 pre-payment meter customers in the UK.

British regulator Ofgem said an investigation found that SSE sent out 1.15 million statements that were inaccurate and misleading between June 2014 and September 2015. The energy watchdog said that due to an IT coding error, these annual statements had incorrect information on the alternative cheaper tariff available to customers and inaccurate estimates of how much they could save annually by switching to them. Some statements also overestimated the annual savings the customers could make by changing their pre-payment meter to a standard credit meter paying by direct debit, as well as by moving to paperless billing.

“The supplier also failed to put in place arrangements and processes around customer communications that were complete, thorough and fit for purpose.”

But Ofgem said that the impact on customers was minimal, as only a small proportion of households would have acted on the information by switching, while the average saving for each of these customers would also have been low. It said it had decided not to take formal enforcement action, in view of SSE’s steps taken since to address the failings, the low level of harm caused to customers and the £1 million agreed payment.

Ofgem confirmed that SSE, which own SSE Airtricity in Ireland, has since improved its processes to prevent incorrect statements being issued again, including extra checks on customer communications.

SSE will pay the £1 million penalty into Ofgem’s consumer redress fund administered by the Energy Saving Trust, which supports consumers in vulnerable situations and the development of innovative products or services. – PA