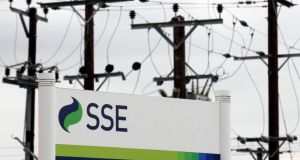 SSE Airtricity has followed in the footsteps of three other suppliers in announcing it will raise electricity and gas prices for its customers by 6.3 per cent and 6.9 per cent respectively from early in December.

It is the second time the supplier has pushed up prices this year, with gas bills increased by 12.3 per cent and electricity bills raised by 6.4 per cent in July – which added €140 to the average annual dual-fuel energy bill.

SSE Airtricity says the latest hike in prices is a direct result of increasing wholesale costs of energy. Customers will bear the brunt of this, with SSE Airtricity bills going up by a combined total of €253.88 in the space of six months.

With Flogas, Panda Power and Pinergy already announcing winter price rises in the last five weeks, consumers are warned that other suppliers are likely to follow close behind.

“As we have seen many times before, once one energy supplier increases their prices the others quickly follow suit,” said Eoin Clarke of price comparison site Switcher.ie. “This is understandably a frustrating and worrying time for consumers, particularly with winter on its way when people’s energy usage typically peaks.

“The latest price hike from SSE Airtricity, the second this year, is a bitter pill to swallow for customers, with the average annual bill set to go up by €113.88 come December, just weeks before Christmas.”