The Bank of England predicts the City of London could lose about 5,000 financial services jobs as Brexit unfolds 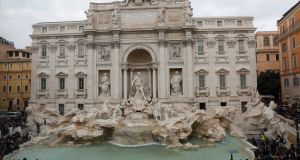 France and Italy are offering the most generous tax breaks to London bankers moving to the European continent after Brexit, new data shows.

The research by the Financial Times sheds light on how aggressively EU countries are seeking to grab a share of the few thousands of banking jobs that will shift to the EU when the UK leaves the bloc next year. While France’s tax gifts are part of wider efforts in recent years to fix its reputation as a hostile fiscal environment for wealthy individuals, Germany is not dangling any tax carrots.

Some relocations have already begun: Goldman Sachs has moved 60 per cent of the investment bankers and financing experts it intends to ship from London to Milan, Frankfurt and Paris. Bank of America’s post-Brexit EU operations will be headquartered in Dublin and over the summer it announced a new Paris office likely to house around 400 staff.

In total, the Bank of England predicts the City of London could lose about 5,000 financial services jobs as Brexit unfolds.

Bankers heading to the continent could pay less in income tax and social security than they would in the UK by taking advantage of juicy tax cuts, according to simulations prepared by consultancy firm PwC for the FT.

In terms of net take-home pay, the most beneficial locations for expats are Italy and France, while the least beneficial country is Germany, as a result of no additional expatriate or travel deductions.

A UK expat in France with an income of €1m including allowances could take home more than €180,000 extra than that person would at home. A move to Italy could mean an extra €200,000 in net pay.

In some countries, such as France, the tax bill can be different depending on whether the individual’s pay package is split into salary and certain types of allowance, according to PwC.

Portugal, a popular destination for retirees, has drawn criticism at home and abroad for an expatriate regime that exempts from tax any pensions paid abroad for qualifying individuals. The Finnish and Swedish governments have said this is an unfair incentive for their pensioners to move to Portugal, and some Portuguese say the regime hurts those who stayed home and weathered the euro zone crisis.