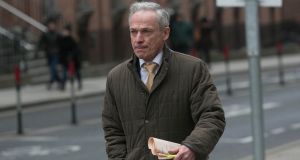 Minister for Communications Richard Bruton said the two appointees ‘have considerable experience’ in the sector.

Minister for Communications Richard Bruton has announced the appointment of Garrett Blaney and Robert Mourik to the State’s communications regulator.

The two new commissioners will join Jeremey Godfrey to bring the Commission for Communications Regulation (ComReg) to its full complement of three commissioners.

Comreg has regulatory oversight of an increasingly complex telephone and broadband market here.

It has a number of major projects on the agenda, including a mapping of mobile phone coverage in the Republic; another multiband spectrum auction; and several market reviews, including the wholesale broadband market.

“Mr Blaney and Mr Mourik will join Mr Godfrey in regulating what is an extremely fast moving sector at national, EU and international levels,” he said.

“Mr Godfrey will provide valuable continuity and insights, including from a European perspective, to inform the work of the new commissioner team.

“ComReg is facing into a challenging period and the organisation will require strong leadership to stay abreast of major developments in the digital ecosystem, to ensure an appropriate regulatory response to challenges and opportunities, and to proactively engage with the sector and consumers.

“Given his senior leadership experience in economic sectoral regulation, I am pleased to announce the appointment of Mr Blaney as ComReg chairperson for a period of three years.”

It recently emerged that Comreg has been operating with less than a quarter of the staff it needed to do some of its most important work over recent years.

ComReg made a series of pleas to the Department of Communications for extra staff so that it could tackle a workload that was constantly increasing.

Records released under the Freedom of Information Act however show chronic understaffing in some of the regulator’s key functions on market analysis.