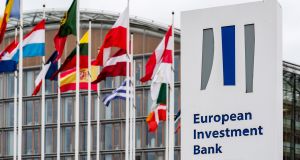 The European Investment Bank announcement it is to end funding for fossil fuel energy projects, a move expected to support Europe’s plans to become the first climate-neutral continent, has been widely welcomed.

The bank is committing to ending financing of fossil fuel energy projects, including natural gas. Irish Green Party MEPs Ciarán Cuffe and Grace O’Sullivan welcomed the EIB announcement though they noted key elements of the new strategy will not come into effect until 2021 with a risk large scale fossil fuel projects will be funded in the interim.

Mr Cuffe added: “There is much to be welcomed in this announcement from the EIB. This is a really strong statement from a key EU institution and I’m very encouraged to see that the EU Commission and our German colleagues supported the decision.

“In the window between now and 2022, there is scope for many large scale fossil fuel projects to be funded, which will continue to cause huge environmental damage and contribute to the very crisis we are trying to avert. Compliance with the Paris Agreement should not have to wait for another year,” he warned.

Ireland South MEP Grace O’Sullivan said she would like to see the new strategy happen sooner, “but I hope that on the home front it will put a halt to the Shannon LNG project, which has to be seen for what it is – dirty and unsustainable. Investment into clean energy innovation, energy efficiency and renewables on this sort of scale will create real change if it’s done properly.”

For the world’s largest multilateral lender to stop supporting fossil energy “is massive”, said Irish environmentalist Iva Pocock. “It sends a clear signal around the world that fossil fuel investments are risky. We all know money talks and this is about billions. It’s also a victory for people power; tens of thousands of citizens petitioned the EIB to end fossil fuel financing.”

The board of the Luxembourg-based lending arm of the EU made the decision at a meeting on Thursday. With more than half a trillion dollars in outstanding loans, it is the biggest multilateral financial institution in the world. Given the EIB’s market impact and influence over the lending strategies of investors, its decision could end up depriving polluting projects from other sources of financing as well.

The move to prioritise energy efficiency and renewable-energy projects will reinforce the Green Deal being pushed by Ursula von der Leyen, incoming president of the European Commission. She wants the institution to become a climate bank and help unlock €1 trillion to shift the EU economy toward cleaner energy.

“For the EIB to stop funding fossil fuel projects is a game-changer that begins to deliver the EU’s vision for climate leadership as laid out in the Green Deal,” said Eliot Whittington, director of the European Corporate Leaders Group. “We need this to act as an unequivocal signal into the financial system to encourage other multilateral lenders to follow suit.”