Ghana review of agreements is underway 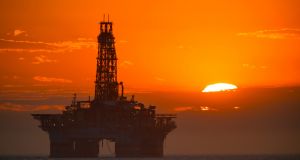 Irish oil and gas exploration company Petrel Resources has issued its preliminary results for the year ended December 31st 2018, providing an update on its activities for the year.

The company, which is chaired by John Teeling, said it had applied to assume operatorship and extend the first phase of licence 3/14, located in the Porcupine Basin in the Atlantic off the coast of Ireland, and to convert its LO 16/24 to a Frontier Exploration Licence.

Petrel said the Iolar well, which is being drilled by CNOOC and ExxonMobil during mid-2019, is a key test of ultra-deep-rock, deep-water plays in the Irish Atlantic Porcupine.

Meanwhile, a systematic review of historic petroleum agreements is underway in Ghana, which includes Tano 2A Block, in which Petrel holds a 30 per cent interest.

“Revised coordinates for Tano offshore acreage, submitted by Clontarf, are under consideration by the Ghanaian authorities,” etrel said. “Most of the original 1,532km2 is immediately available, though part awaits relinquishment.”