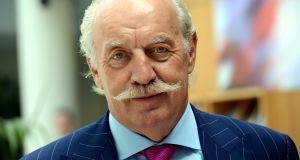 A large group of shareholders at Mountain Province Diamonds (MPD), whose biggest investor is Irish businessman Dermot Desmond, withheld their support on the election of his son Brett Desmond and his business associate Jonathan Comerford to the Canadian miner’s board.

Ahead of a vote at the company’s agm on Thursday, shareholder advisory group ISS raised concerns over board independence, and urged investors to withhold backing for Mr Comerford, the company’s chairman, and Brett Desmond.

ISS also urged shareholders to withhold their backing for the election to the board of Stuart Brown, who is the company’s chief executive, and David Whittle, who is a former chief executive.

In addition, ISS recommended shareholders reject a long-term incentive scheme for executives, which the advisory group said was “excessive”.

ISS’s criticisms also included that the board lacked a nominating committee for directors, which it said was “minimum best practice”, and a majority of the board was not independent.

At the agm on Thursday, 28.4 per cent of shareholders withheld their support for the re-election of Mr Comerford, who works for Dermot Desmond’s Dublin investment vehicle International Investment & Underwriting.

He was elected anyway after more than 71 per cent of shareholders supported him. However, such a sizeable withholding of support showed many institutional shareholders were attuned to the concerns of ISS.

Separately, more than 21 per cent of MPD shareholders withheld their support for Brett Desmond, who is perhaps best known in Ireland for being married to former Corrs singer Andrea Corr. Along with his brothers Dery and Ross, he is also an investor in the Irish franchise for burger chain Five Guys.

Brett Desmond was ultimately elected to the board on Thursday with more than 78 per cent support.

ISS had warned: “[Mr] Whittle serves as a former CEO on the audit committee. Institutional shareholders have indicated that the influence of a former executive on this committee raises concerns regarding the independent oversight of financials for which the executive was previously responsible.”

In response to a query from The Irish Times, MPD said: “The majority of the board of directors who were elected at the agm on June 13th are independent. With respect to Jonathan Comerford and Brett Desmond and their association with the company’s largest and long-time shareholder, it is neither unusual nor inappropriate for shareholders with substantial investments in companies to have board representation.”

MPD owns a 49 per cent stake in Gahcho Kue, the world’s largest new diamond mine, which is located in the Canadian Arctic tundra. The rest is owned by De Beers, which is also the operator.

The company’s share price has struggled since it merged last year with another Canadian resource explorer, Kennady Diamonds, in a deal backed by Mr Desmond, who was the largest individual shareholder in both companies.The merger took place last April, and by November it was down more than 40 per cent. Since then it has declined further, and the share price is now well below half its peak post-merger level from last May.

Dermot Desmond owns almost 30 per cent of the company, which he has backed for more than 20 years.