Norwegian billionaire invests in data centre that will connect to Ireland 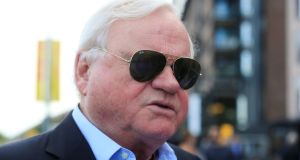 Billionaire investor John Fredriksen has agreed to buy a stake in Bulk Infrastructure, which plans to build a large data centre in his native Norway as well as a transatlantic fibre-optic cable, the company said on Wednesday.

The cable would connect the data centre with the Ireland, Denmark and the US.

Mr Naerboe said he would retain a majority stake following a share issue of between 400 million and 550 million crowns, but declined to say how much Mr Fredriksen had agreed to invest.

Bulk Infrastructure plans to increase by tenfold the size of its current data centre in Kristiansand in southern Norway to a capacity of around 2,000 megawatts (MW) of power consumption, to provide services to large customers including oil and gas firms.

It also plans to connect the data centre with the Republic, Denmark and the United States as part of a transatlantic subsea cable project, Havfrue, jointly developed by Bulk, Alphabet’s Google, Facebook and Aquacomms, which is expected to be completed by the end of 2019.

“The goal is to use Norway’s huge surplus of renewable energy to power data centres to process large volumes of data, including for the oil and gas industry,” Mr Naerboe said.

Oil and gas production accounts for about 40 per cent of the Nordic country’s exports, and its largest firm Equinor - formerly known as Statoil - is seeking to digitalise its offshore installations to increase efficiency.

Separately on Wednesday, Microsoft announced plans to build two new data centres in Norway, as part of an agreement with Equinor to provide cloud services to the oil and gas firm. – Reuters