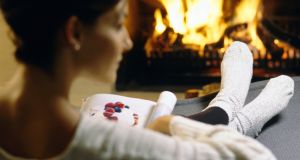 Stafford Fuels has officially opened its new €3 million plant in New Ross, Co Wexford, which will produce 50,000 tonnes of smokeless fuels each year.

The facility has the capacity to double this output to more than 100,000 tonnes each year, and will also seek to expand its offering of solid fuels for Irish customers.

It is also developing a new fuel at the plant that combines biomass with traditional fuel and that reduces greenhouse gas and air emissions.

The facility, which began construction in early 2016, will create six new permanent jobs as well as securing the 35 existing jobs on site and a further 20 support jobs in transport and maintenance.

Stafford Fuels, which is part of the larger Stafford Group that also comprises Lifestyle Sports and Campus Oil, is the largest privately owned distributor of solid fuels in Ireland and has been marketing environmentally friendly domestic fuels since 1990.

Stafford Fuels managing director Andy Maher said the investment marked “another important step towards a sustainable future” for the company, which has been operating in the southeast for over 125 years.

“We are delighted to be opening our new state-of-the-art plant here in Raheen which will see us expand our range of products for customers across Ireland,” he said.

“This is a significant investment by Stafford Fuels and demonstrates our commitment to operating in the southeast for the long-term.”

Stafford Fuels operates a coal importation and wholesale coal bagging and distribution facility on a 20-acre site in New Ross, and the new operation is located within the existing campus at Raheen.

The plant was officially opened by Ireland and Leinster rugby star Tadhg Furlong.

1 Why are markets booming when a crash is on the way?
2 How much do Irish people earn? And what will Covid-19 do to our wages?
3 Government deficit balloons to €5.3bn on back of Covid spending
4 Drumcondra credit union collapses as merger plan fails
5 Could your old car be giving away all your secrets to its new owner?
6 Dunnes Stores trials online ordering from Cornelscourt outlet
7 Judge urges Claddagh Jewellers family to try to resolve their differences
8 Innovation hubs keen to get show back on the road
9 Permission sought for €150m film and media campus in Wicklow
10 Supreme Court rules ‘substitute consent’ inconsistent with EU environmental law
Real news has value SUBSCRIBE