Company primarily focused on discussions with authorities in Ghana 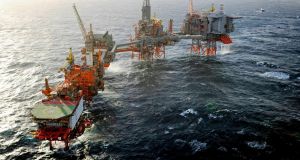 In terms of future outlook, Clontarf said the industry had “weathered severe storms” since 2014.

Clontarf Energy was awarded offshore acreage of roughly 5,052 km sq by the government of Equatorial Guinea in June.

The company said its “principal focus” during the period was “ongoing discussions” with the Ghanaian authorities on its project in that country, as well as “advancing” it.

Clontarf went on to say it has “long been interested” in Equatorial Guinea’s deep-water potential, which is among some of the most prospective offshore areas in West Africa.

It also said that approaches that have worked in nearby offshore provinces “could also be fruitful” in Equatorial Guinea. In particular, “mid-Cretaceous intervals” aged between 94 million years and 72 million years “appear to feature meandering sand deposits” across the plot.

Water depth is about 1,800 metres, which used to be challenging for drilling, but dozens of wells have now been drilled at even greater depths. Drilling costs have fallen by about 70 per cent since 2014.

The waters are also relatively benign compared to comparable depth further away from the Equator.

In terms of future outlook, Clontarf said the industry had “weathered severe storms” since 2014.

“Costs have been slashed, and as has exploration and investment,” it said. “But the November 2016 OPEC and non-OPEC deal has been honoured circa 85 per cent - well above market expectations. The oil price has recovered and historically high stocks are now falling sharply.

“Clontarf continues to monitor ways to create shareholder value. As explorers, we continue to look at new projects and at areas that are becoming available for exploration. The Equatorial Guinea award emerged from these efforts.

“Following the announcement of two equity fundraisings totalling €650,000 in September 2016, we have adequate funding for current activities.”