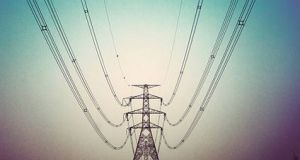 The international branch of the ESB currently employs 725 across Europe, the Middle East and Africa. Photograph: Getty Images

ESB International, a subsidiary of ESB, will recruit 150 professionals over the next three years. The recruitment drive comes on the back of €11 million worth of new contracts in Africa, the Middle East, Europe and with international funding agencies.

The company’s South African office is one of the locations expecting expansion, with staff numbers to rise from four to 24.

The consultancy has added large projects to its books in Africa, including a technical review for a national electricity company in Namibia and construction support services to two major power plants in South Africa.

The engineering consultancy specialises in the power industry with a focus on the delivery of large capital infrastructure projects for international clients and for its parent company ESB. The international branch currently employs 725 across Europe, the Middle East and Africa.

Speaking at the opening of a new office for the electricity provider, ESB chief executive Pat O’Doherty said: “Ireland’s experience has underlined electricity as a key enabler, with ESB bringing its transformative power to even the most remote corners.”

Minister for Foreign Affairs and Trade Charlie Flanagan referred to the company as an example of what could be achieved as “Ireland faces up to some tough economic challenges”.