Concern mounts that rising US output will counter reduction by Opec 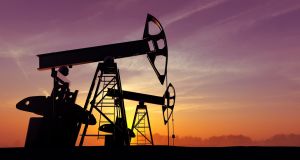 “The problem is as prices climb higher, US shale producers will pump more. The top for West Texas is probably about $55 a barrel.” Photograph: iStock

Oil is riding its longest winning streak since December on optimism Saudi Arabia will support an extension to Opec-led output cuts just as US stockpiles show signs of shrinking. Futures in New York were holding gains on Tuesday after rising 6.3 per cent in the previous six sessions.

Saudi Arabia is likely to back prolonging the curbs into the second half of 2017 in an effort to boost prices, according to a person familiar with the kingdom’s internal discussions. Several other countries, including Kuwait, have also expressed public support for an extension.

While speculation that the Organisation of Petroleum Exporting Countries (Opec) and its allies will extend their six-month pact aimed at eroding a global glut is helping boost prices, there is also concern that rising US output will counter the reductions.

Saudi Arabia, the biggest Opec producer, reduced supply below 10 million barrels a day in March, more than pledged under the deal, according to a separate person familiar with the matter.

Opec is scheduled to gather in Vienna on May 25th.

“Extending production cuts beyond June is gathering momentum,” said Jonathan Barratt, chief investment officer at Ayers Alliance Securities in Sydney. “The problem is as prices climb higher, US shale producers will pump more. The top for West Texas is probably about $55 a barrel.”

West Texas Intermediate for May delivery was at $53.51 a barrel on the New York Mercantile Exchange, up 11 cents, at 1.40pm in Singapore. Front-month prices rose 32 cent to $53.40 on Tuesday, the highest close since March 1st.

Saudi Arabia will decide on an extension depending on the stance of other Opec nations such as Iraq and Iran, as well as Russia, which is not a member of the group but joined the output cuts, the person familiar with the kingdom’s internal discussions said.

Nationwide inventories have expanded by about 56 million barrels since the start of this year. –

1 Should my mam wait for house prices to drop before buying?
2 Two prominent business leaders in planning row with neighbour
3 Cheers: Conor McGregor's whiskey races up the sales chart
4 ‘I’m so lucky to be in the Caribbean – a million miles from Derry Girls’
5 Coronavirus: Big majority ‘uncomfortable’ returning to everyday activities
6 Chris Johns: Past is another country when it comes to our post-pandemic future
7 Hard-hit SMEs get ‘paltry’ €11m worth of loans under State scheme
8 Citigroup warns that markets are out of step with reality
9 Small businesses focus on training in traditional skills as Covid-19 crisis bites
10 Why we’re about to learn if we are really in the A-team
Real news has value SUBSCRIBE