Electric Ireland to increase electricity and gas prices by 4% 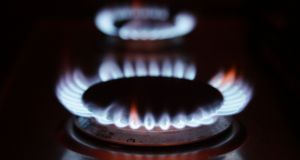 Gas rings on a cooker at a home. Electric Ireland plans to increase the cost of electricity and gas by 4 per cent from April 1st. Photograph: Yui Mok/PA Wire

Electric Ireland customers have become the latest to feel the pain of price hikes after the largest provider in the State announced its intention to increase residential electricity and gas prices by 4 per cent from the beginning of April.

It is the second price increase from Electric Ireland in just more than six months after it increased prices by 6.2 per cent for electricity and 8 per cent for gas last August. The company is the retail arm of State-owned energy group ESB.

All the leading providers have increased their prices over the past 12 months with most hitting consumers more than once. All of them have blamed climbing wholesale energy prices for the increases and Electric Ireland was no exception.

She noted that the company did not increase its prices during the winter months “when energy consumption is at its highest and people have the added financial pressure of Christmas”, a move she said that had resulted in a total saving of €21 million for customers.

“However, against the backdrop of much higher wholesale energy costs, we now reluctantly have to pass on some of these higher costs to our customers from April 1st, 2019.

Electric Ireland currently has more than 1.1 million electricity customers and almost 140,000 gas customers according to latest figures from the Commission for Regulation of Utilities.

“Last November, Electric Ireland promised to freeze its prices over the winter months when many of its competitors had already increased theirs, so there was an inevitability about today’s announcement,” said Daragh Cassidy of price comparison website bonkers.ie.

1 If tourists are such pariahs should we not be testing them on arrival?
2 ‘My rent here is so low it’s a joke’
3 Varadkar and Donohoe to meet banks to discuss mortgage breaks
4 WeWork on track for profits in 2021, says chairman
5 Belgium helps Ireland to a Brexit boon
6 Varadkar to meet banks in row over interest on mortgage payment breaks
7 Can Grafton Street stop the flood of closures?
8 AIB to compensate another 1,100 tracker mortgage holders
9 New Powerscourt Springs hotel to open in defiance of virus gloom
10 What is Covid Tracker Ireland?
Real news has value SUBSCRIBE