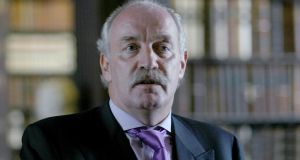 Businessman Dermot Desmond indicated ahead of the deal that he planned to back the merger of Mountain Province Diamonds and Kennady Diamonds. Photograph: Joe St Leger

The deal to merge the two Canadian-listed resource companies is now on course to close this week, pending a court hearing in Ontario on Wednesday to approve the arrangement.

MPD, in which Mr Desmond owns a stake of close to a quarter, owns 49 per cent of a huge new De Beers-operated diamond mine, Gahcho Kue, located in the Canadian tundra. Kennady, of which he owns 28 per cent, is prospecting for diamonds on a nearby site.

The rationale for the deal, as set out by MPD to investors in January, includes that Kennady’s exploration activities can be funded from the cash flow MPD is generating on the back of its Gahcho Kue diamond sales.

MPD chief executive David Whittle said Kennady’s assets close to the mine “offer a compelling opportunity to . . . extend life of mine at Gahcho Kue”.

“We are deeply grateful for the level of support we have received from our shareholders on this transaction,” he said.

Kennady says that the Kelvin-Faraday kimberlite corridor that it is exploring near Gahcho Kue has potentially more than 18 million carats of diamonds, priced at between $63 and $98 per carat.

Both companies are chaired by Jonathan Comerford, a long-time associate of Mr Desmond, who works at his Dublin-based International and Investment Underwriting group.