Firms complain of contaminated crude from US reserve 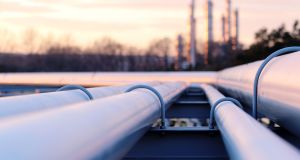 Three firms that bought crude oil last year from US emergency stockpiles raised concerns about dangerous levels of a poisonous chemical in the cargoes, according to internal Energy Department emails and shipping documents reviewed by Reuters.

Problems with crude quality would make the US Strategic Petroleum Reserve (SPR) less useful in an emergency because refiners would need to spend time and money removing contamination before producing fuel. The reserve is the world’s largest government stockpile, currently holding 665 million barrels.

Hydrogen sulfide (H2S) occurs naturally in crude and natural gas, but oil producers typically decontaminate such products before delivery to buyers. High levels of H2S can corrode refinery parts and pipelines - and can be lethal to humans in gas form.

Authorities in all major consuming countries keep oil in reserve to ensure that they do not run out of crude to refine into fuels if a natural disaster or war disrupts global supplies. The US government established its reserve in 1975 following the Arab oil embargo.

The US Department of Energy oversees the reserve and periodically sells some of its oil at times when there are no emergencies, as it did with the sales that sparked contamination concerns.

The three firms that raised concerns about high H2S levels were Royal Dutch Shell, Australian bank Macquarie Group and PetroChina International America, the US trading arm of state-owned energy firm PetroChina Co, according to the shipping documents, emails provided by the Energy Department in response to a public records request, and a department official who declined to be identified.

The department took responsibility for cleaning the shipment to PetroChina with an additive after it determined in May of last year that levels of H2S were too high, according to the department official. The department disputes tests showing levels were too high in the other two cargoes, the official said.

All three firms bought cargoes of SPR oil stored in an underground salt cavern in Bryan Mound, Texas last year. The oil was pumped from Bryan Mound through pipelines to the nearest oil terminal at Freeport, Texas before being loaded onto ships, according to records reviewed by Reuters and the department official.

The Freeport facility is owned by Houston-based Enterprise Products Partners LP. Enterprise knew about higher levels of H2S in a small number of cargoes traded between private firms that passed through its terminal, Enterprise senior vice president Brent Secrest told Reuters in an interview.

“Of the hundreds of cargoes we’ve loaded across Freeport and other Enterprise terminals, we’ve only had a handful of customers give us feedback regarding high levels of H2S,” he said.

In March, Shell complained to the Energy Department after finding high levels of H2S in a cargo the company bought as part of a 6.2 million-barrel purchase from the US government in January, according to emails provided by the department in response to the Reuters public records request.

The firm was “unpleasantly surprised” to find the high levels, Shell oil trader Steve Sellers wrote to the department, adding that the issue caused concern at Shell about the quality of SPR crude for future purchases.

Shell declined to comment on its complaint to the government.

The oil firm’s emails said an initial test sample detected H2S gas at levels of less than five parts per million (ppm). But a later test by Shell - after it shipped the crude by boat to another U.S. location - showed H2S levels of 600 parts per million, according to Shell’s emails to the department.

Exposure to vapours containing 500-700 ppm of H2S could cause a person to collapse in five minutes and die within an hour, according to the US Occupational Safety and Health Administration.

In November, Australian bank Macquarie Group bought the third shipment from the SPR and sold it to PetroChina, according to the shipping documents reviewed by Reuters.

The cargo was loaded at Freeport onto a ship called the Stena Sunrise, the documents show.

A testing company named Inspectorate tested a sample from the SPR cargo purchased by Macquarie, according to the documents, and found H2S levels of up to 9,000 ppm.

After the Inspectorate testing, the terminal operator refused to allow workers to perform additional tests out of concern about violating safety regulations, according to the shipping documents.

It is unclear if PetroChina or Macquarie decontaminated the cargo. PetroChina shipped the oil to China, where it arrived on January 18th, according to Thomson Reuters shipping data.

Reuters was not able to determine how often high levels of H2S are detected across the industry, but industry experts and chemical petroleum engineers said such incidents are rare.

Some crude grades can have H2S levels as high as 1000 ppm when produced, said Ramanan Krishnamoorti, chief energy officer and a professor of chemical and biomolecular engineering at the University of Houston. But producers remove most of that before transporting crude to customers.

Contamination could result from blending different crude grades, for example when one grade of crude is stored in a tank that previously contained a different grade, Krishnamoorti said.

“There has to be some concentrated source of it,” Krishnamoorti said. “It’s just very odd.” - Reuters