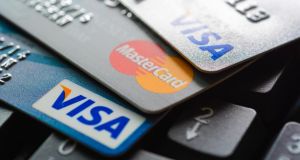 The ending of the Good Friday prohibition on alcohol sales in Ireland led to a dramatic jump in consumer spending on the day while the arrival of the Beast from the East saw it collapse, new data has revealed.

The figures compiled by AIB using information gleaned from its credit and debit cards as well as ATM records shines a spotlight on how Irish people travelling at home and abroad as well as tourists visiting the country spend their money.

The information, to be presented at a National Tourism Forum event in Killarney on Friday, reveals that spending on all goods and services among AIB card-holders outside their county of residence on Good Friday this year jumped by 43 per cent when compared with the same day in 2017 when all pubs and most restaurants were shuttered.

By contrast on Monday, October 16th, when Storm Ophelia hit, spending dropped by 68 per cent compared to the previous Monday.

The impact of the so-called Beast from the East in February and March was even more profound and saw card spending by AIB customers fall by 69 per cent on the Thursday of the snow storms and by 84 per cent on the Friday and 53 per cent on the Saturday.

The data also points to gender differences in spending among Irish people travelling away from home with 54 per cent of all spending on accommodation and 58 per cent of the bar and restaurant spend done by men.

The bank also released data on the spending by overseas visitors which shows that 42 per cent of non-domestic ATM withdrawal amounts are from UK with Dublin, Donegal, Cork and Louth recording the highest UK withdrawal amounts.

The average ATM withdrawal per card by US visitors was €285 while German visitor took an average of €267 from machines with the amount taken out by UK visitor falling to €234.

The data also suggests that the UK is the most popular destination for Irish customers of the bank with 29 per cent of all foreign trip spending occurring there. Spain was in second place on 16 per cent followed by USA at 10 per cent. The average daily amount spent on an Irish Visa Debit card in the UK is €79, €152 for USA and €121 in Spain.

1 Chris Johns: Ireland risks populist culture war between young and old
2 Boeing identifies new software flaw in grounded 737 Max
3 ‘Life in Vilnius reminds me of Ireland in the 1990s’
4 The Irish economy is thriving but if you’re not feeling it – here’s why
5 GoMo is being investigated by advertising authority
6 Dublin housebuilder records €11m gain after striking deal with bankers
7 Petrel gets injunction preventing share sales by certain investors
8 Labour Court expected to rule on Paddy Power workers’ claim
Real news has value SUBSCRIBE