The west wakes up: property prices rocket in Mayo, Galway and Roscommon 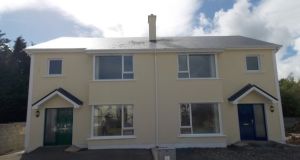 Property prices across Roscommon, Mayo and Galway rocketed by some 20 per cent in the year to February 2017, as the west looks to catch up with the national recovery in house prices.

According to the latest update on property prices published by the Central Statistics Office (CSO) on Wednesday, the pace of price growth in the region outpaces that of anywhere else in Ireland, advancing by almost 20 per cent in the 12 months to February 2017. Growth was also strong in the southeast, including, Carlow, Kilkenny, Waterford and Wexford, with prices up by about 19 per cent. Nationally, house prices rose by about 11 per cent in the period. In Fingal in north Dublin, prices rose at the slowest rate, advancing by 4 per cent in the year, with growth of less than 8 per cent in the Dún Laoghaire Rathdown region of the city.

It means that prices outside the capital are now rising much faster than those within, reversing the trend noted a few years ago when growth outside of Dublin remained sluggish at best, with national house prices (excluding Dublin) growing by about 13 per cent in the year.

The strongest growth rates are evidenced in the west, which, for some years, has lagged behind the national recovery in house prices. Latest figures now suggest that the region is finally catching up with the recovery, as prices start to move off very low bases, while growth rates start to taper in the major urban areas.

In Claremorris, Co Mayo, Fintan Gilligan of DNG Gilligan says demand, and a greater availability of mortgage funding, is behind the price increases.

“There’s a good pool of purchasers who can get between €100,000 and €150,000,” he said, adding that first-time buyers looking to get on the ladder have pushed up prices “substantially”.

“Once you go above that it slows down a good bit,” he adds.

At Ard Lugalisheen in Ballindine, Co Mayo for example, a three-bed semi-detached house is now selling for €105,000, up from €95,000 before Christmas, with about seven of the 14 units available sold.