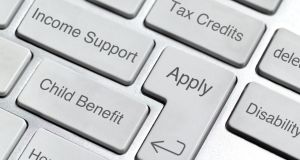 Minister for Finance Paschal Donohoe faced many tough choices in framing Budget 2020. Ireland is in a period of deep uncertainty, with the looming Brexit deadline, global trade disruption and a changing global tax landscape driven by policies being formulated at OECD and EU level.

The Minister approached Budget 2020 against a backdrop of a strong and growing Irish economy. His key aims were to protect the progress made in recent years, to give as much protection as possible to businesses and consumers in the event of a no-deal Brexit and to address the challenges of climate change.

Brexit clearly poses a significant challenge. A number of tax and spending measures announced are therefore carefully focused on supporting those sectors of the economy, such as agri-food, tourism and enterprise, that would be most affected by a no-deal scenario.

There have been many calls in recent years for enhancements to the tax measures in place to support our entrepreneurs and wider indigenous business sector. Some targeted improvements have been announced, which are welcome, but further focus on this sector would be desirable in the short term.

The paper Addressing Fiscal Vulnerabilities, published by the Government as part of the budget package yesterday, analyses the sustainability of the significant increases to our corporation tax receipts in recent years. It notes that the threat of a “shock” to corporation tax receipts could present a challenge to the public finances. The report concludes that a broadening of our tax base is key to ensuring continued sustainability of our tax receipts going forward.

Targeted increases to VAT and stamp duty have been made in recent years and this year sees the announcement of a further 1.5 per cent increase to the stamp duty rate applying to non-residential property and certain other base-broadening measures.

International tax reform continues to gather pace and we expect further significant changes over the coming years. Donohoe has again reiterated the importance of certainty of Ireland’s corporation tax rate and our broader regime, acknowledging that the Government continues to take actions to ensure our corporation tax regime is “transparent, sustainable and legitimate”.

The Minister confirmed that this year’s Finance Bill would include provisions that make important changes to our transfer pricing rules, introduce new anti-hybrid rules and introduce new reporting and transparency rules under the EU’s mandatory disclosure regime. It is expected that new interest limitation rules and further anti-hybrid rules will follow in the coming years.

It is clear that more significant change is coming in the global tax arena. Ireland must continue to proactively engage in discussions with the OECD on areas where there is a disproportionate impact on Ireland and to ensure that the proposals are workable for business. It is acknowledged that the global tax system needs to change, but taxpayers’ desire for a fair and principles-based approach should be reflected in the proposals that emerge.