Mixed reaction to tax measures for self-employed and entrepreneurs 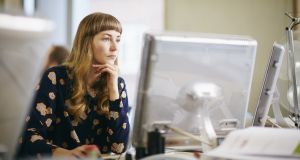 Increases to tax credits for the self-employed, as well as measures to help SMEs retain staff, were welcomed.

Advocates for entrepreneurs gave a mixed reaction to measures contained in Budget 2020.

Increases to tax credits for the self-employed, as well as measures to help SMEs retain staff, were welcomed. However, the failure to increase tax relief for entrepreneurs on capital gains was criticised.

Paschal Donohoe, the Minister for Finance, announced that following a review by his department he would make no change to the capital gains tax (CGT) relief, which gives tax breaks to entrepreneurs when they sell up.

“But I have asked my department to consider the outcome of the review to determine any changes that could be made to the relief to better support entrepreneurs and entrepreneurial activity,” he said.

Olivia Lynch, a partner in KPMG, said “Irish business owners will be disappointed” by the minister’s decision.

“Ireland’s entrepreneurs continue to be at a competitive disadvantage in this regard. For example, the current ceiling in Ireland of €1 million compares with the UK ceiling of €10 million,” she said.

“We need to do more to recognise the connection between risk and reward to realise the potential of domestically owned businesses.”

The Government’s move to increase by €150 the earned income tax credit for the self-employed was broadly welcomed, however.

“The self-employed, who are our entrepreneurs, have been dealt a bad hand since the economic crash,” said Michael Rooney, a partner at EY Ireland. “It is really positive news to see that the Government has increased the tax credits for the self-employed to close the gap to €200 to those of the PAYE worker.”

Accountancy body, CPA Ireland, also welcomed the increase, but also highlighted the enduring discrepancy with employed workers, adding: “Promises to eliminate this gap have consistently been broken which will be a cause of frustration for many.”

Mr Rooney also welcomed changes announced in Budget 2020 to the Key Employee Engagement Programme (Keep), which helps SMEs, especially in the tech sector, retain essential staff by offering tax breaks on share options. The minister also announced changes including that the scheme would be extended to part-time employees, subject to State aid approval from Brussels.

“Keep was introduced with the primary purpose of enabling start-ups and SMEs to compete with larger organisations and multinationals in attracting and retaining key talent. Unfortunately, due to the many restrictive and burdensome conditions attached to the programme, it has failed to deliver,” he said.

“The changes announced today, especially in terms of making it available to part time workers, address some of the concerns with Keep, but more needs to be done to remove the barriers that are deterring start-ups and SMEs from availing of the programme.”