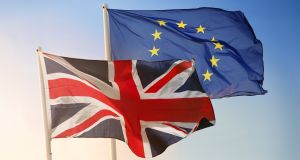 The European Council is due to review last week’s Brexit developments at its summit on Thursday, December 14th.

A status-quo transition period for when the UK leaves the EU would be the best way of providing business with certainty, an alliance of business groups has said.

Following last week’s announcement that sufficient progress had been made in the first phase of Brexit talks, an alliance of northern European business chambers have urged negotiators to create clarity on a future trading relationship between Europe and the UK.

The coastal chambers of commerce, which includes the Irish chamber, said that trade between the UK and the six countries in the alliance amounted to €344 billion last year, or some 70 per cent of total EU-UK trade.

“A status-quo like transition period - announced with sufficient notice - ensuring the UK remains in the Customs Union and the Single Market for the duration of the transition period, with all the appropriate rights and obligations, would be the best way of providing business with the highest possible degree of certainty and predictability,” he added.

The European Council is due to review last week’s Brexit developments at its summit this Thursday, December 14th.