Ireland’s tax regime is most ‘business friendly’ among EU 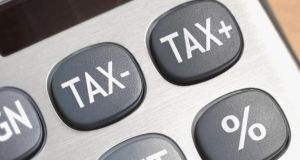 Ireland performs strongly on both tax contribution rate and compliance metrics, according to the Paying Taxes 2018 report

Ireland’s tax regime is the most “business friendly” among European Union nations, according to a new report by accountancy giant PwC and the World Bank Group. It finds that Ireland’s tax system once again ranks as the most effective in the EU for paying business taxes and is the fourth most effective worldwide.

Ireland performs strongly on both tax contribution rate and compliance metrics, according to the Paying Taxes 2018 report. A medium-sized company in Ireland will pay a total of 26 per cent of its profits in taxes compared to 39.6 per cent across the EU and 40.5 per cent globally, it found.

“When you look at the mix of the tax indicators – cost and compliance – the report highlights that Ireland does very well in terms of tax competitiveness,” said PwC head of tax Joe Tynan.

The top 10 EU countries on ease of paying taxes were identified as Ireland, Denmark, Finland, Latvia, Estonia, Lithuania, Switzerland, Netherlands, Luxembourg and the UK, in that order.

Worldwide, Qatar and United Arab Emirates shared first place, followed by Hong Kong and then Ireland, which was in turn followed by Bahrain and Kuwait.